written by Stephen Maguire May 21, 2015
Facebook0Tweet0LinkedIn0Print0 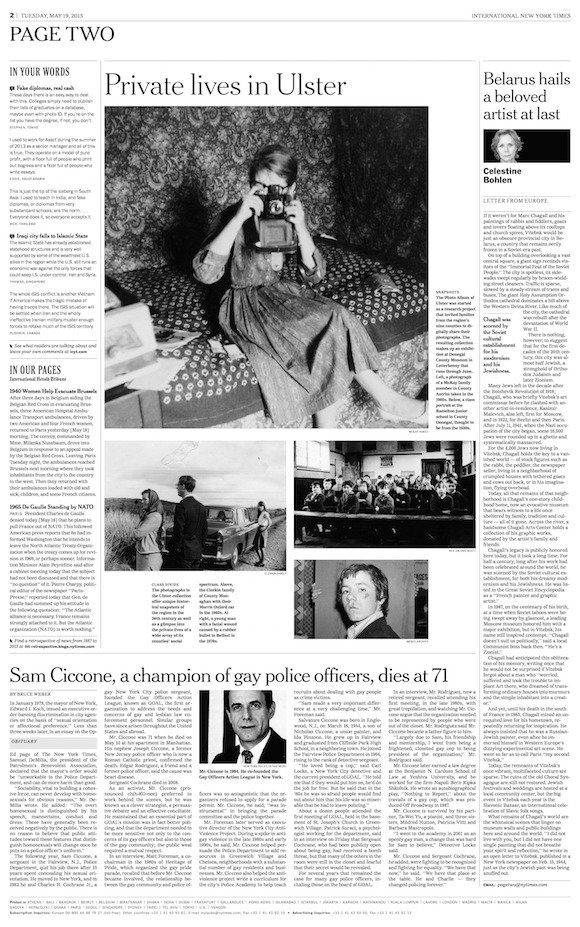 The feature on Donegal County Museum in the New York Times

The Photo Album of Ulster was started as a research project which invited families from the nine counties to digitally share their photographs and this has resulted in a wonderful collection of images that tells a story and gives a moving insight into the lives of many in Ulster during the 20th century.

The piece in the International New York Times includes a class portrait from a Ramelton National School from the 1930s.

The project is part of a wider research project – The Photo Album of Ireland – a major
archival research project inviting people from the island of Ireland to digitally share their family photographs. Photo albums give a fascinating insight into our private and public histories – revealing details about how people lived and worked that official histories often overlook.

This exhibition will run until the end of June and is admission free.

The Museum is located in part of the old Letterkenny Workhouse on the High Road, Letterkenny and is open Monday to Friday 10am to 4.30pm and on Saturdays 1pm to 4.30pm. From more information call 074 91 24613 or find the museum on Facebook.