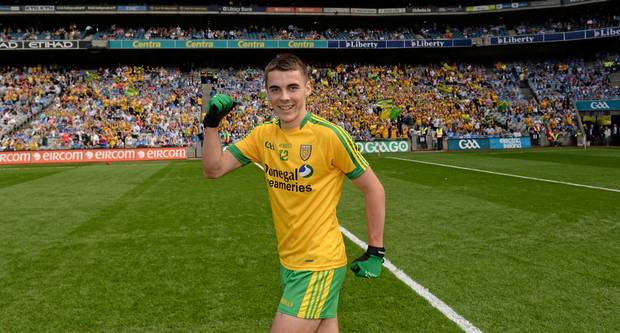 TYRONE COUNTY BOARD have this evening issued a statement in which it completely refutes the suggestion made by Donegal minor manager Declan Bonner that a Tyrone player taunted Michael Carroll over the death of his father.

Declan Bonner claimed Donegal minor star Michael Carroll was taunted over the death of his father.

Declan Bonner said his Donegal minor captain Michael Carroll was taunted over the death of his father Francie Carroll who died from cancer last year.

The stomach curdling taunts left Bonner questioning whether or not he wanted to be involved with the game and said something urgently needed to be done and the culprits held responsible for their actions.

However, following the abhorrent revelations that has been met with condemnation by the rest of the GAA fraternity, Tyrone have responded by absolutely refuted all claims.

The Tyrone statement read, “Due to persistent allegations circulating in the media, some of which have been attributed to the Donegal Minor football manager, regarding verbal abuse during the Tyrone v Donegal Ulster Minor Football Championship match, Coiste Contae Thir Eoghain has conducted an investigation, involving its management and players.

“As a result of the investigation undertaken it would refute in the strongest possible terms that a comment was made by any of its players to a Donegal player regarding the death of his father in 2014.

“Tyrone GAA in no way condone ‘sledging’ and the managers and coaches of all our county teams, from Acadamh Thir Eoghain to Senior, actively discourage this practice.

Tyrone GAA congratulates both Donegal teams on their victories on Sunday in Ballybofey, wishing them well in the remainder of their 2015 campaigns and would express our deepest sympathies to the player on his loss.

TYRONE REFUTE CLAIMS THAT DONEGAL MINOR PLAYER WAS TAUNTED OVER FATHER’S DEATH was last modified: May 22nd, 2015 by Stephen Maguire