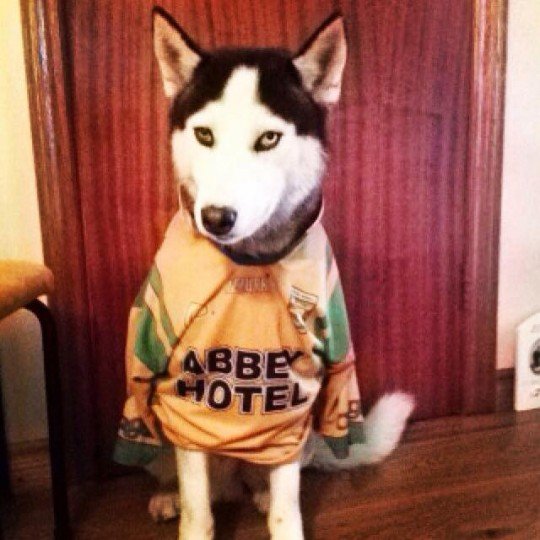 Tyson has been missing since Saturday, his owners think he has been stolen.

MISSING: A Donegal family have been left devastated at the disappearance of their beloved Husky pup Tyson.

Tyson has been missing from their home since Saturday and the family believe he may have been stolen.

The family have heard reports locally that a suspicious looking grey transit van was seen driving around the area and that some dogs and bikes had been stolen from the area.

They’re terrified that Tyson has also been stolen and are desperate to get him home.

The family live in Inver, and Tyson was last seen on Saturday evening on one off the back roads near the town.

The distraught owner Lisa Furey told Donegal Daily, “We don’t tie him up, but we do have a shock system the whole way around our house, so it’s unusual for him to leave.

“He was wearing a red shock collar, and he is quite a big pup and has two different colours for his eyes, one brown and the other bright blue.

“We’re desperate to find him as he’s part of the family. 🙁 🙁

“We also want to make people aware that a number of people have noticed a grey transit van around the Donegal area acting suspiciously.

“If people see this story it will hopefully make them aware and get the word out in case other dogs stolen.

The family believe that Tyson was stolen and that those responsible for taking him intend on selling him.

“You see dogs being put up for sale on Done Deal all the time, now we know the majority are genuine but some aren’t, so we’re checking regularly to see if we can see Tyson.

Lisa is asking Donegal Daily readers to share this article in the attempt to alert anyone who may have spotted Tyson.