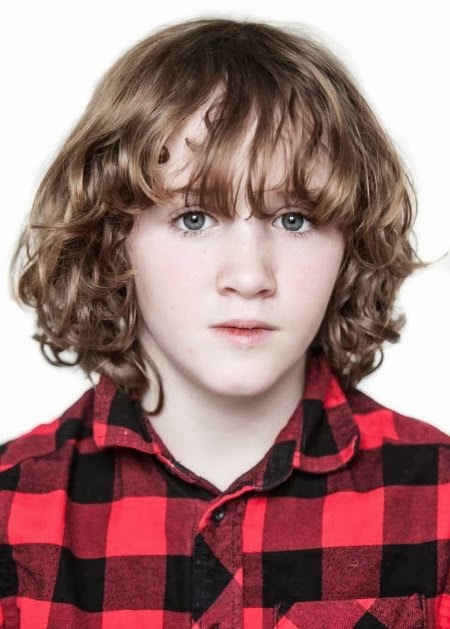 HE’s starred in the HBO global blockbuster TV show Game of Thrones which is filmed across Ireland’s beautiful countryside.

Now Moville’s Art Parkinson is hitting the silver screen with the release of San Andreas.

He stars alongside Dwayne ‘The Rock’ Johnson in the movie.

But the Donegal teenager says his schoolmates have made sure he’s kept his feet on the ground.

“I still get slagged a lot,” he told BBC Radio Foyle.

But the 13-year-old, who plays Rickon Stark in Game of Thrones, says at least he’s now old enough to watch the programme.

In San Andreas , the young actor will star opposite Carla Gugino (‘Night at the Museum’) and Alexandra Daddario (‘Percy Jackson’) in the feature from New Line Cinema.

The plot involves a massive earthquake in California, after which a rescue-shopper pilot journeys across the state to rescue his daughter.

Parkinson plays Ollie, a ten year old who must flee for his life when the earthquake hits.

The young Donegal actor is best-known for playing the character Rickon Stark in HBO’s hit series ‘Game of Thrones’.

He has starred in all three seasons of the show and will return in the fourth, the first episode of which will premiere at the Belfast Film Festival.

The young Irish actor previously starred in ‘Red Mist’ (called ‘Freakdog’ in some territories) and Irish horror film ‘Dark Touch’ with Padraic Delaney (‘The Wind that Shakes the Barley’) and Richard Dormer (‘GOT’, ‘Good Vibrations’).

He will also star in the upcoming ‘Dracula Untold’, helmed by Irish director Gary Shore and produced with Universal, Legendary Pictures and Michael de Luca Productions. He will play the son of Luke Evans’ character in the feature.

MY SCHOOL PALS KEEP MY FEET ON THE GROUND, SAYS SAN ANDREAS ACTOR ART PARKINSON was last modified: May 29th, 2015 by John2