written by John2 May 30, 2015
FacebookTweetLinkedInPrint 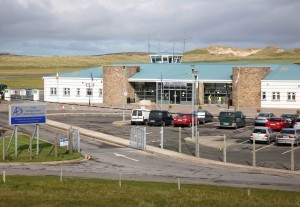 The number of people travelling through Carrickfin in 2014 reached 35,415.

Dublin Airport dominates air traffic, accounting for 82pc of those passengers and growing by 7.7pc to 21.7 million last year.

The numbers travelling through Knock airport grew by 5.7pc to 703,670.