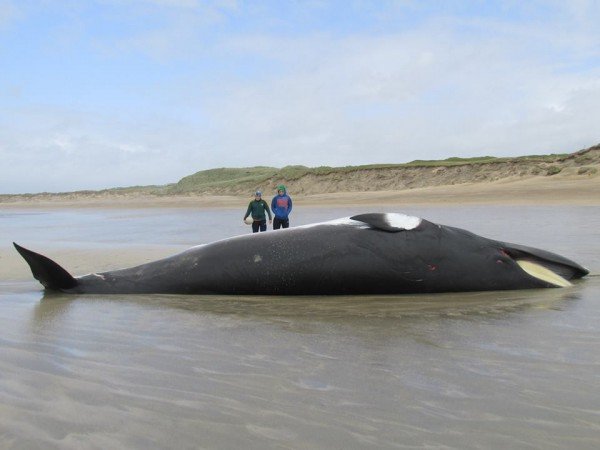 SADNESS AS MASSIVE WHALE FOUND WASHED UP ON DONEGAL BEACH

The discovery of a massive dead Minke Whale which was washed up on a Donegal beach was met with sadness by those who discovered the huge creature.

The 20-ft Minke Whale washed up on the stunning Nairn and Portnoo Beach earlier this weekend.

Marine experts are expected to conduct a post-mortem on the Minke Whale to establish how the huge mammal died.

It’s believed the Minke Whale was dead for a number of days before it washed up on the beach at Nairn and Portnoo.

Locals have flocked to the beach to have a look at the stunning Minke Whale and have been left in awe at the sheer size of the creature.

One local said, “They’re stunning creatures, but it’s always sad to see one of them washed up dead on the beach.

“People have flocked to the beach to take pictures of the Minke Whale and have been completely captivated by the sight of it.

“Marine experts are expected to visit the beach to establish how it died, but it seems that its been dead for a number of days as already parts of it are decaying.