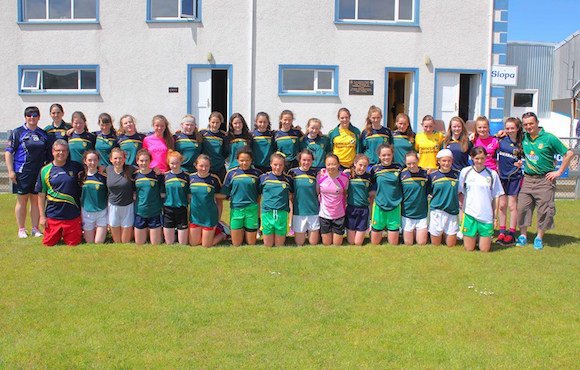 DRAW MADE FOR U14 GIRLS FOOTBALL CHAMPIONSHIPS

The U14 Championship draw was made at the Naomh Conaill Club in Glenties today by the County U14 squad.

The county players and management wish to thank the parents of the Naomh Conaill club for the food and hospitality today.

The draw is as follows: