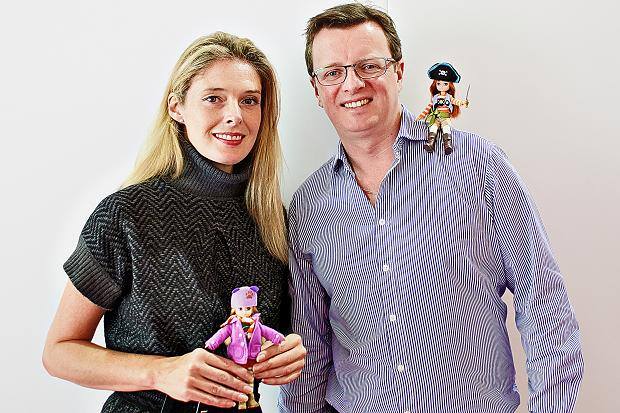 Donegal entrepreneur and Finn Harps fanatic Ian Harkin disclosed the details of his incredible success with his company LOTTIE on TV3 last night.

The Ballybofey based businessman appeared on TV3 programme The Seven O’ Clock Show in which he discussed in-depth the success the business has generated over the last few years.

Harkin disclosed how he and his business partner Lucie Follett boldly decided to take on the famous worldwide doll brand BARBIE.

In a fascinating interview Harkin revealed that after extensive market research they realised there was a gap in the industry for a specific type of doll like LOTTIE that resonated with both parents and children.

The success of his product has been evidenced by the fact LOTTIE is now being exported to over THIRTY countries from all over the world.

Harkin said, “We launched LOTTIE just over two years ago, we spoke with a lot of parents when we conducted our research and also spoke to child psychologists, play experts and child nutritionists, we also done focus groups with kids and parents.

“What we found was that kids were missing out on their childhood and were trying to be adults from a very young age, we found that they were already developing body image issues.

“With LOTTIE were trying to let kids do everything they do in their own age group, and well never do an adult themed doll with LOTTIE.

Harkin also discussed how he’d secured a deal with the European Space Agency to produce a LOTTIE doll that travels into space and this enables kids to learn about the solar system.

Harkin told presenters Lucy Kennedy and Martin King that the risk of selling his home to invest in the business is now paying off.

“We’ve really taken off and we’re now selling in THIRTY countries all over the world, this time last year there was just me and my business partner Lucie, but we now we’re employing eight people in Donegal.

“I was living in London at the time we started the business, and I got support from Enterprise Ireland to move the company back here.

“I sold my home, put everything into the business and Lucie re-mortgaged her home, so there was a lot at risk but thankfully it has paid off.

“Our social media and PR has really brought us into the homes of many families right around the world.