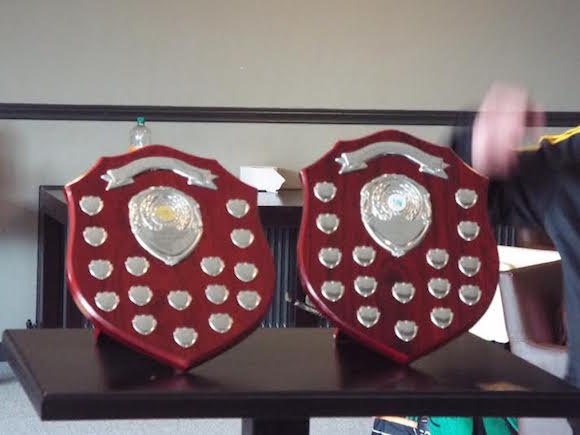 A GARDA car with a siren and cheering parents greeted the St Eunan’s U14 camogie and hurling heroes who arrived home to Letterkenny this evening brandishing two All-Ireland titles.

The hurlers stunned favourites St Dominic’s of Roscommon at Garvaghey centre of excellence with an incredible 2-05 to 0-01 victory in their shield final.

And you could feel the ground shake at The Loup GAA club in County Derry as the Eunan’s camógs shocked favourites St Patrick’s Dungiven with a battling performance and taking their title with a 2-04 to 2-01 victory.

This evening club captains Shane O’Donnell and Eadaoin Kelly led their victorious teams into the clubhouse at O’Donnell Park to cheers from the crowds and champions music from the Letterkenny Town Band.

Camogie manager Joe Kealy and Hurling managers Gordon Randles and Eunan O’Donnell were praised by the chair of the Minor Board Pauric Daly who noted their years of dedication to our ancient game had paid handsome dividends, not just in terms of trophies, but also socially for the children who took part in Féile na nGael 2015.

St Eunan’s has 4 teams in Féile competition this year, the first club in Ireland to do so. Next week the girls and boys footballers travel to Wicklow/Wexford for their glory bid.

But this weekend belongs to the ash, the sliotar, two trophies and the All-Ireland winners from Naomh Adhamhnáin – Comhghairdeas libh go léir. 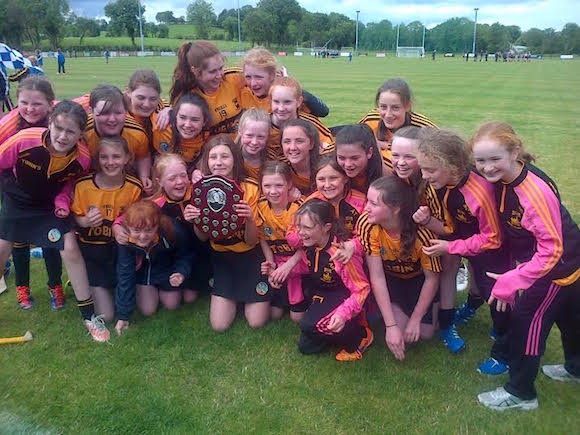 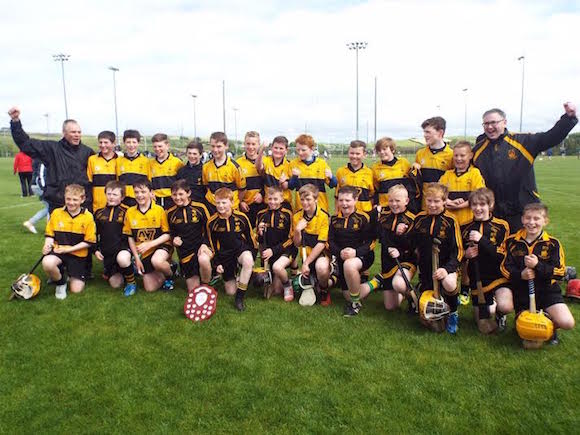 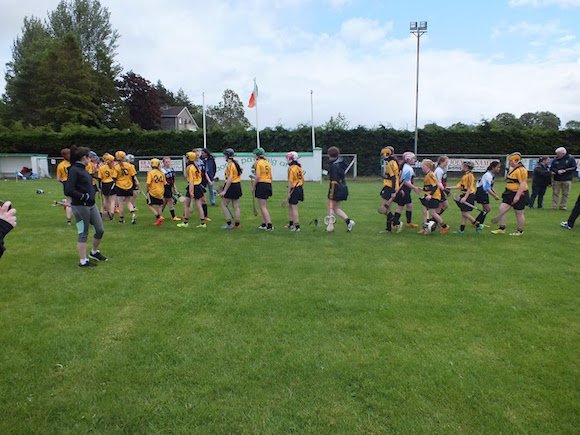 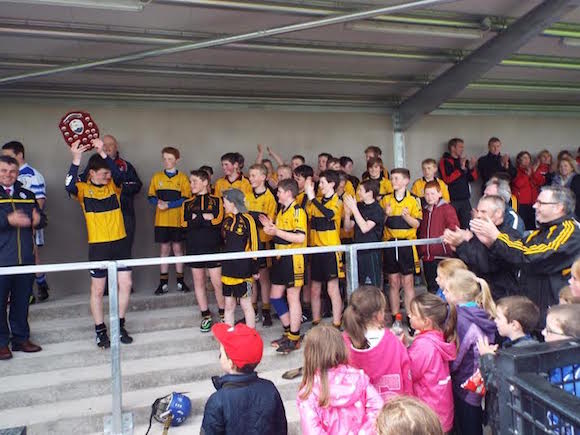 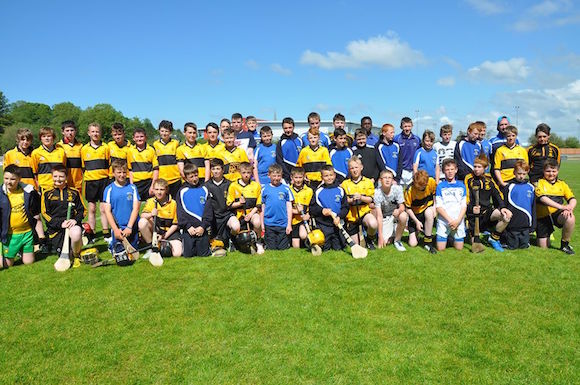 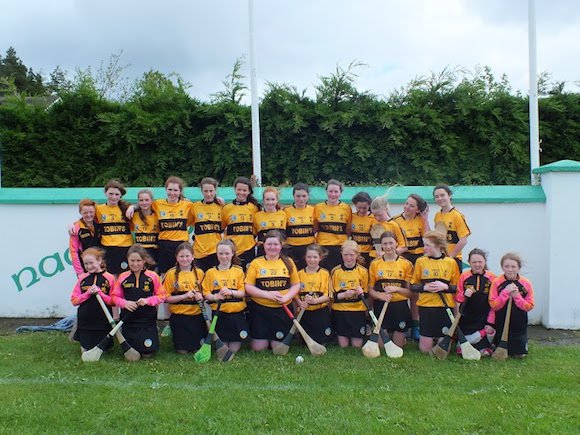 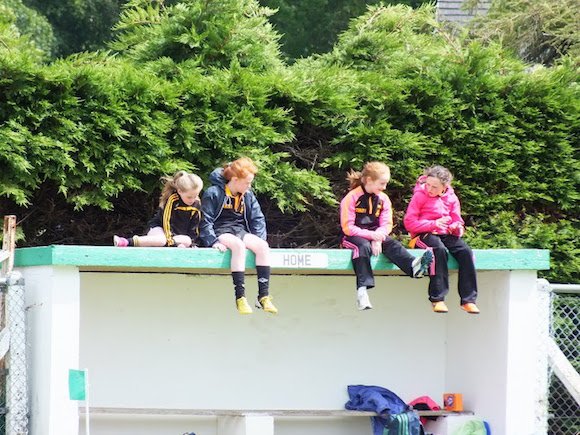 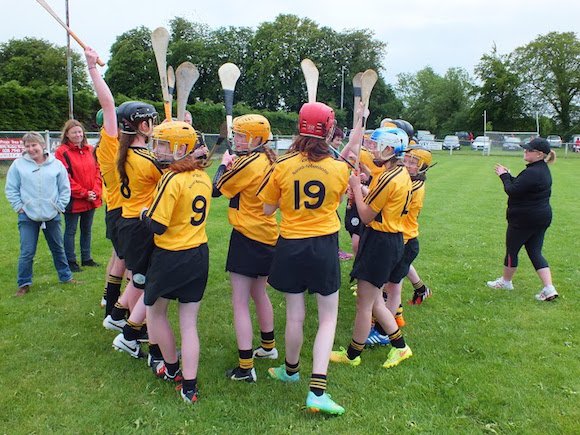 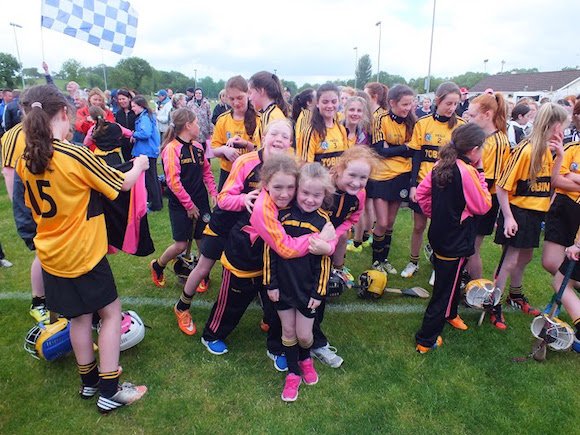 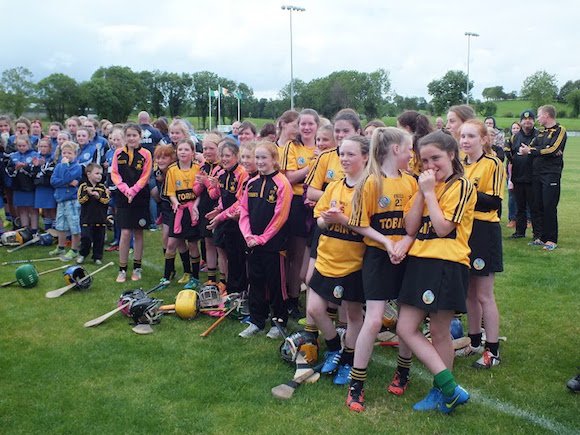 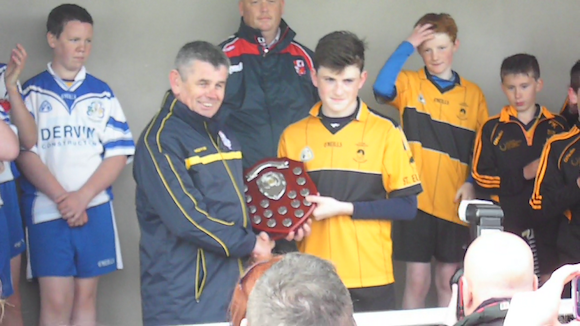