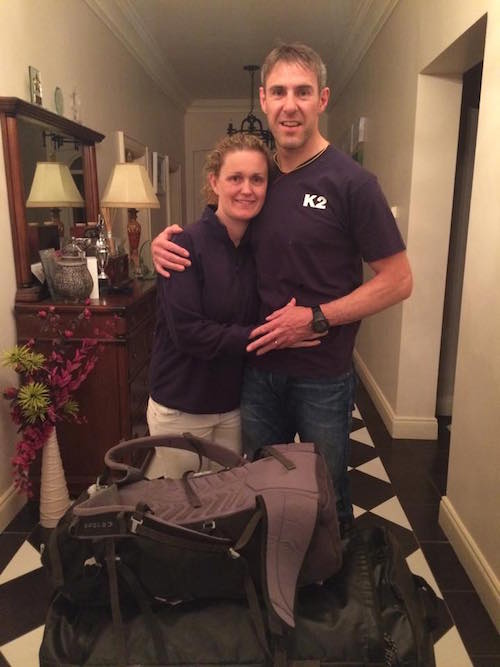 Jason Black shares some precious time with wife Sharon before he left Donegal for Pakistan on Sunday evening.

Mountaineer Jason Black has arrived safely in Pakistan in his quest to conquer the killer mountain K2.

The Letterkenny man left Donegal on Sunday after an emotional farewell with wife Sharon and the couple’s children.

Before he left Jason, 44, left this poignant and emotional message. 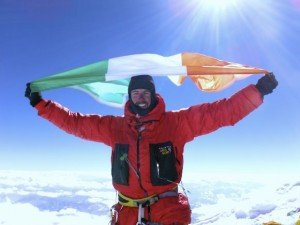 Black has an Irish flag, a Donegal flag and a Relay for Life flag in his pack to raise on the top of K2.

“Tough parting from the rock in my life and my world.

“Beyond the Port Bridge now checked in and boarding for Pakistan and focused on the game at hand.

“I climb mountains not so the world can see me, so that I can see the world.

“Lord Jesus hold my family in your hands.”

Last night Jason told Donegal Daily from Pakistan that he will spent the coming days getting his kit and food ready and meeting the rest of the team before “heading for those hills.”

Black will spend the next 79 days on the adventure of a lifetime when he attempts to summit and return from the mountain which experienced climbers call The Savage.

But Black said he is determined to return to his native Donegal in September after holding the Donegal flag aloft on K2, to tell all about his experience.