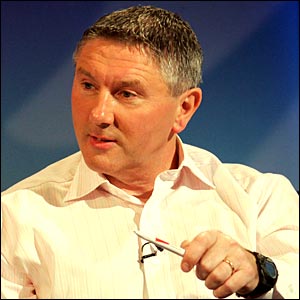 McHugh offered a rather bizarre explanation for his belief that Meath football was in big trouble, telling RTÉ Radio that the Royals problems all stem from the fact that the Celtic Tiger had eroded the hardworking Meath attitude.

O’Dowd was not too happy – and used a McHugh phrase to hit back (McHugh had called Kerry legend Colm Cooper a two-trick pony last year.

“Those comments are irrelevant old stuff, he’s probably a bit of a one-trick analyst himself, isn’t he? To coin a phrase he used himself,” said O’Dowd.

“These thing are just stuff some fellas come out with and for supporters to debate. We don’t have the time to be dwelling on stuff like that.”