INITIAL TESTS SUGGEST THERE REALLY COULD BE GOLD IN DONEGAL HILLS

There really could be gold in the hills of Donegal after all! 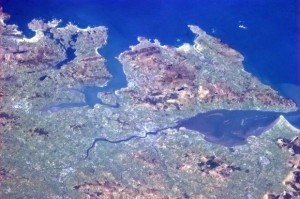 There could be plenty of gold in the hills of Inishowen.

The firm said that it has finished the first phase of prospecting on its newly acquired Inishowen block.

The company said that quartz vein material with gold values in excess of 15 grams per tonne have been traced to a possible nearby source area.

Follow up work will now include a soil sampling programme to further refine the target and will be followed by an initial trenching programme and a later drilling programme, if justified.

Chairman John Teeling said: “This is an exciting time for Connemara, and Irish minerals exploration. The Ulster gold play was unlocked with previous discoveries in Tyrone and Monaghan.

“We believe that this geology extends from Donegal into central Scotland. It is early days but initial results seem to confirm our working model.”