JASON BLACK’S K2 BLOG: WHY THE NO 32 BUS EIREANN ROUTE IS EASY PICKINGS

Entering the Lions Lair – Jason’s live audio blog is not possible at present because of signal difficulties. However here is Jason’s latest blog penned yesterday. 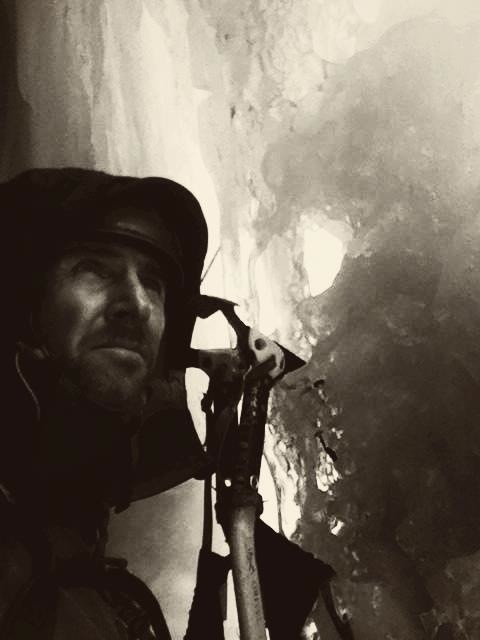 News filtered through late Friday night that the long awaited journey to Skardu village at the base of the Bolero glacier, the starting point of the long trek to K2 Basecamp was not now possible. In a most heavy debate & heated raised voices between the logistics crews & the Sherpa team that it had now become very obvious that the dreaded drive through the most dangerous valley in the world was just about to unfold. Named the Karakoram highway nick-named the KKH and home to the Taliban. In 2013 eleven international climbers on route to the mountains on the KKH were highjacked tortured and shot dead.
The Taliban have one mandate as extreme Islamics to keep their territorial areas free from western world influences and to murder outsiders.

With heavy hearts we loaded up the bus and set sail, shortly outside of Islamabad, a Pakistan liaison officer “who had to negotiate the checkpoints on our behalf” calmly stated that’s where Sadam Husain was captured & killed. We were in a village called Abbottsbad on route to our stop over in Besham village which we arrived at after 10hours in the sweltering heat. After a beautiful bit of Pakistani food made up of local rice chicken with a spiced sauce and finished with what looked like custard which was just perfect. The bus outside now was under armed guard being protected for the night. With less than four hours sleep and two fried eggs with nan bread, washed down with a local chi milky tea for breakfast we departed at 4.30am.

A decision was taken to get a jump on the rebels, as we pulled out of the overnight basic but nice & very friendly accommodation, an armed police officer brandishing a shot gun & cool as a cucumber sat down beside me and we’re off. Yes I thought, Jesus you wouldn’t see it in a film. Check points came fast & thick and more welcomed armed police arrived until we were escorted front and back with heavily armed officers.
By now the silence on the bus was very noticeable as we were in the Taliban’s back door, up through the valley we followed the winding dirt road passing through sparatic mountain villages where we could see that we just didn’t fit in- obvious in the stares, that said an odd wave let us know that not everyone was hostile to our passing. It was the longest bus ride of my life as we felt we literally had our life in their hands.

The valley of region was so barren with the Indus River as our guide and the surrounding huge mountain range of the Himalayan Range on the right & the Karakoram Range on my left I could see how dealing with these extremists in their own environment must be practically impossible.
After 14 hours , yes 14 hours we got through the worst bit and turned off the KKH on the final leg of the journey toward our final destination, Skardu ,which was a further 5 hours away on mountain torn dirt roads.
With short stops for relief , a stretch and snacks we rolled into Skardu village at 1.30am, 21 hours later ecstatic with relief that we made it through hassle free but exhausted like doing 10 rounds with Mike Tyson.
Departing the bus I couldn’t but think of the two days and how in God’s name I could put into words & explain what had just unfolded.
I laughed as I said ,”it was like something from the movies”.

Today was a really serious day which lived up to its reputation, that aside there was a bright side as I got an opportunity to see & experience the coal face first hand and witness how resilient once again the human race can be , as these people cut off from the outside world can live and survive under a curtain of hardship.

Like all torn nations dealing with conflict there is always a small minority creating mayhem. I have to stress that the vast majority of Pakistani were warm , caring and very welcoming people in a vacuum of media negativity from the troubles that’s not accurate in the whole.

The freedom of speech, movement and fair trade we enjoy at home, sometimes a democracy we take for granted as a modern nation.

I’ll never complain about that No. 32 Bus Eireann bus again.

Pakistan oh Pakistan “what can tomorrow have in store”.