The owner of this pedigree dog is being sought after it was found on the outskirts of Letterkenny. 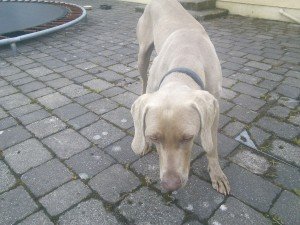 The dog which was found neat Castlegrove House.

The dog, which is a Weimaraner, was found wandering on the main road near Castlegrove House.

The dog was reported as wandering and was collected by the dog warden.

It is in a kennel in the pound at Glencar where it can be collected.