Sex and the City star Sarah Jessica Parker is back in Donegal for her summer holidays! 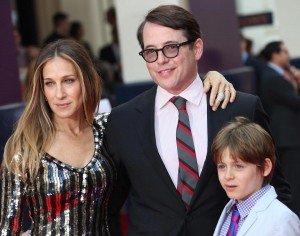 SJP and her family.

The Sex and the City star has paid a visit to a favourite health food store in the county to purchase some tasty snacks, including locally sourced honey.

The 50-year-old actress, who played Carrie Bradshaw in the HBO television series and films, owns a house with husband Matthew Broderick near Kilcar.

Finbar Rock, owner of Simple Simon Health Food in Donegal Town, told RTE that the community loves when Parker and her family visit.

“She’s bright and bubbly. They really are a lovely tight-knit family and it’s lovely to have them around,” he said.

He added: “She loves our store and always buys our locally sourced honey. The locals welcome them with open arms, but they also appreciate that they need to give her space and respect her privacy.”

Parker previously stated that she would consider a permanent move from her US home to her Irish retreat with husband Broderick, son James Wilkie and twin daughters Marion Loretta Elwell and Tabitha Hodge.