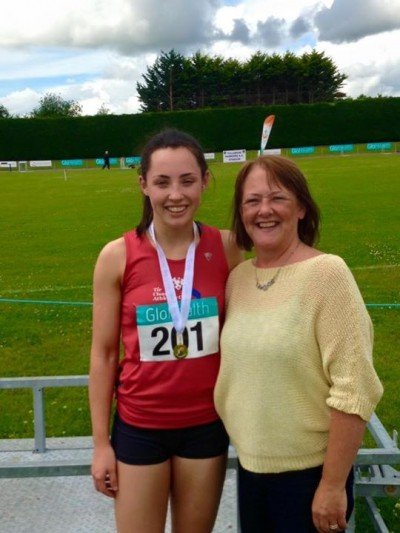 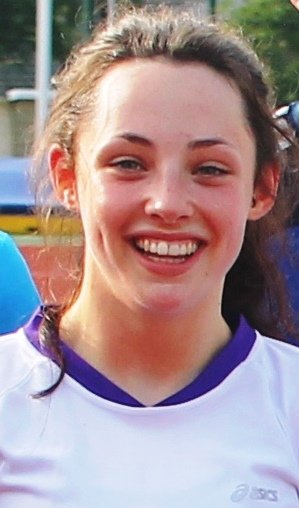 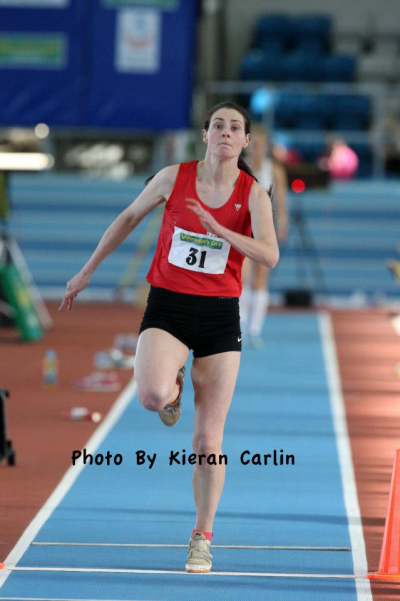 On the International stage Karl Griffin, Mary McLoone and Julie Mc Mullin have competed against  the best in Europe while domestically at the National Under 20/23 and stage 1 of the juveniles in Tullamore last weekend Tir Chonaill AC names featured on the winners podium and recorded numerous PB performances. On the home front the clubs annual five days summer camp concluded, weekly training/coaching continued at various venues and numerous club athletes featured on the local road racing circuit.
Mary Mc Loone joined the club as a twelve years old and two weeks ends ago and some twenty years later the talented multi International recorded a super Triple Jump PB of 12.81metres at  an EAP meet in Bilbao, Northern Spain. Mary recovering from a niggling heel injury had her best ever series of jumps and this week was upbeat about the upcoming National Seniors and future success -‘ I’m delighted with the performance. Its the best series of jumps I’ve ever put together. The 6th and final attempt was a marginal break and measured over 13 metres. I hope to get one more competition before the National Seniors’
From result sheet Mary Mc Loone  12.44 +0.0/12.52 +3.0/12.81 +1.8/12.46 +1.9/12.50 +1.7/X /12.81 +1.8
Kate McGowan, completed recently completed her Leaving Cert and subsequently, over the last two weekends, has recorded, two outstanding performances. At the Munster Senior Championships in Templemore, two weekends ago she recorded 61.37secs for a new PB and county record – a record held by Mary Mc Loone.  On Sunday morning last at the National Juniors in Tullamore in ideal conditions Kate ran the race of her life to win in a time of 60.67secs -another county best and a qualification time for the European Juniors/U20.
Conal Mahon, joined Davy Doherty’s club jumps group three years ago. During  the intervening period the Irvinstown man made steady progress. On Sunday, in Tullamore, he added the Irish Under 23 title to an ever growing list of achievements with a best Triple Jump of 13.99metres.
Juvenile success
Day 1 of the Irish juvenile finals on Saturday last found two young club athletes experiencing success. Rachael Gallagher,  a primary school student at St Nauls NS Kelloggs, long jumped 4.33m for a bronze medal winning performance while Johnie Mc Gonagle, from Kilclooney NS threw 7.96m for a 7th place finish in the Under 12 Shot Putt.Congrats and well done to Sawyer Campbell and Ethan Dewhirst who finished 6th in the children’s games 2 x 60m Under 9 last week in Templemore at the All Ireland children’s games finals Well done to all and good luck to the group that that will attend Days 2 and 3 -next weekend – and the All Ireland relays on July 18th.

Julie McMullin – another success story
Julie Mc Mullin, from Creevy near Ballyshannon, accompanied by a supportive family, departed last week for Frankfurt to prepare for the European Ironman. On Sunday, Julie, successfully completed  a 3.8k swim, 180k cycle and climaxed by running a full  42k marathon in temperatures that reached 37degrees. Julies, who is a member of the MSC triathlon  and Tir Chonaill AC clubs, finishing time of 14hrs 1min and 7secs placed her 26th in her category – a truly remarkable performance.
Congrats also and well done to Jane and Paul Mc Devitt,  Canice Nicholas and Niall Clancy who conquered the 70.3 UK  triathlon

Summer Camp
The clubs annual five days summer camp concluded last Friday. Thanks to all the young athletes that attended , to the coaches, teachers and leaders that organised and executed an enjoyable and fun filled week of athletic activity and to the AVS for the use of facilities. The juvenile club starts back again in mid September

Karl Griffin departed early this week for the European Under 23 championships which will be held in Tallin, Estonia from Thursday[today] until Sunday. The Donegal Town/UCD student, who recently celebrated his twentieth birthday has had a remarkable build up to the continental finals. He opened his outdoor season with a victory in the 800m at an Irish Milers Club meeting on a wet, stormy and windy evening in Greystones back in May. He travelled to an International meet in Belguim four weeks ago weeks and recorded a European Under 23 qualifying time and a new PB performance of 1:47:39. In a fifteen man International field Karl, finished fourth in a blanket finish that found ten athletes running sub 1min 48secs.At the Ulster/ANI Senior Championships at a windy Mary Peters Track in Belfast he moved down a distance and won his heat of the 400m. In what was described ‘as the best race of the day’ by a national journalist, he dead heated in the final with a time of 48.78secs. Fast forward to  Leixlip, two weeks ago, and a high quality Irish Milers club sponsored International meeting. Karl described his victory in a time of 1min 48.05secs as ‘the most satisfying to date’. He completed his preparation last weekend with a 3rd place finish at an International meet in Watford/London. Currently ranked 2nd in his own age group and 12th in the European Under 23 age group, Karl now looks forward to the heats of the 800m which take place at 12noon on Friday. The 800m has thirty qualified athletes from eighteen European nations. The club and community wish him a successful experience. Karl will be joined by fellow UCD colleague an Letterkenny man Mark English, who is currently ranked 2nd in the Under 23 age bracket