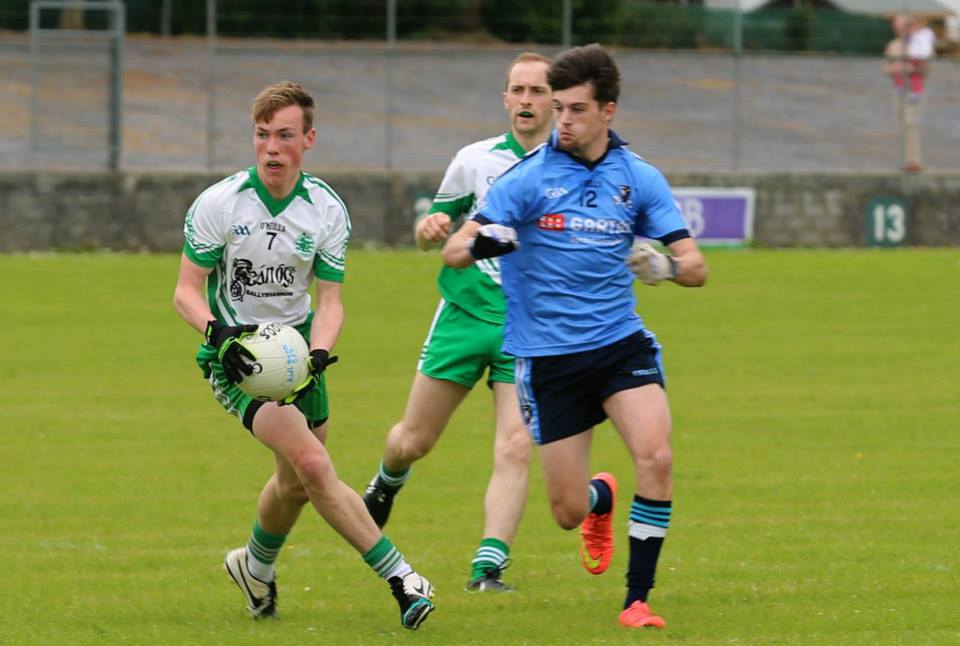 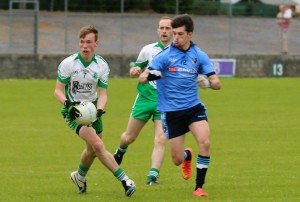 *Donegal v Monaghan Tickets*
Orders for the Ulster Final can now be given to Joe (074-9153291) or Kathleen (074-9153160) before Thursday 9th July at midday, the Club order will need to go to the county board on that day so it is important all orders are in before then.

*Donegal U14 Ladies in All Ireland Final*
Hard luck to the Donegal U14 Ladies who went agonizingly close to winning the All Ireland title on Saturday but a late Tipperary comeback meant the game ended in a draw. The girls were 3-11 to 3-7 up in injury time but late goals from Tipperary meant the game finished 3-13 to 5-7. The Club has Bronagh Durning, Claudia Ward, Kellyann Buchanan, Maria Afxentiou and Megan Ryan as well as Gary Ryan involved with this panel who will have to do it all over again in the replay on the 11th of July with the time and venue to be confirmed.

*Donegal Senior Ladies*
Well done to Amber Barrett and the rest of the Donegal Senior Ladies team and management after their 3-19 to 1-7 win over Tyrone in the Ulster Semi Final. Amber scored 1-2 from full forward to set up a clash with Monaghan in the Final in Clones on the 26th of July.

*U14 Ladies in County Final*
Our U14 girls beat Urris in the County Semi Final last Friday night in Milford. It was a comprehensive win & an excellent team performance. This is a great squad of girls with a brilliant attitude and totally deserve to be in County Final. They will now play Gweedore in the final on 12th July in MacCumhail Park, however some doubt has been thrown on the fixture as the Donegal U14 Ladies play in the All Ireland Final replay on Saturday the 11th. There will be an emergency meeting of the Donegal Ladies Board to discuss the fixtures on Thursday evening.

*Seniors/Reserves*
Downings v CLG BnaG
Pairc na nDunaibh, Wednesday @ 6.30 and 8pm
The Seniors will be looking to make it 4 away wins in a row and maintain their position in top spot when they take on neighbours Downings on Wednesday night. The Reserves will also be looking to get back to winning ways after 2 defeats on the bounce with the same fixture. Throw in for the Reserves is at 6.30pm with the Seniors at 8pm. Also support for this local derby much appreciated. Both teams will then follow this fixture up with an away game to Red Hughs on Sunday at 1.30 and 3pm.

*Seniors*
Urris 0-8 CLG BnaG 1-10
Na Galloglaigh made it 3 away wins from 3 on Sunday with another very very good display against Urris. Crampsey Park is never an easy place to go but the boys did superbly to come away with 2 valuable points after a great defensive and clinical performance. Kyle Black started the scoring after 4 minutes and more points were added by Cathal Mc Gettigan and TJ Evesson shortly after. Enda McHugh was superb at half back and was like a magnet seeing a lot of Urris efforts getting blocked down. Joey Cullen and Jonny Logue also did very well in midfield and the boys were winning a lot of breaks all over the pitch. When the half time whistle came the score was 0-2 to 0-6 to Na Galloglaigh and they looked in control. 2 more points from McGettigan, one from a tight angle for a right footer, put more daylight between the sides. Urris replied with a point before the blues got their goal, Kyle Black reacted first to a TJ Evesson effort that was blocked down to finish past the keeper and put 7 points between the sides. Urris began an aerial bombardment on Sean Gallaghers goals but himself and his full back line of Sean Black, Kieran Sheridan, Brandon Toye and sweeper Gavin Grier dealt with it well. There was a lot of hassling and and awful lot of work being put in around the middle of the pitch with Gary Merritt, Adam Serrinha and Christopher Barrett getting on a lot of ball. Urris did begin to come more into the game as it entered the final ten minutes and Gallagher had to deal awkwardly with a high effort that went for a 45 which Urris scored, but in injury time Pauric Curley popped over the insurance point to leave the score 0-8 to 1-10 at the final whistle. It was a massive two points for the boys and now sees them a point clear at the top of the table. There are more away games coming for the boys however with firstly a derby match against neighbours Downings on Wednesday followed by a rip to Killygordon to play Red Hughs next Sunday. Team: Sean Gallagher, Brandon Toye, Sean Black, Kieran Sheridan, TJ Evesson (0-1), Enda McHugh, Gary Merritt, Jonny Logue, Joey Cullen, Kyle Black (1-1), Christopher Barrett, Adam Serrinha, Gavin Grier, Pauric Curley (0-1), Catha McGettigan (0-7). Subs: Barry McNulty for McHugh (59m), Paddy Peoples, Kane Barrett, Shay Durning, Luke Trearty.

*Reserves*
Urris 3-13 CLG BnaG 3-4
Na Galloglaigh had the bare 15 again today for this clash with Urris and came out second best. Paddy Mc Carron got them off to a great start when he fisted into the net early on but Urris responded well. Na Galloglaigh were struggling to get their scores and were saved by a super James Whelan penalty and a Paul Fisher point to leave the half time score 2-6 to 2-1. Whelan scored a second penalty in the second half and points from Luke Trearty and Dean Burgess wasn’t enough as Urris got a third goal and a handful of points late on.Next up for the Reserves is an away game against Downings on Wednesday. Team: Gavin McFadden, Dean Boyce, Barry McNulty, Cathal Diver, Patrcik Ferry, Dean Burgess (0-1), Shay Durning, Luke Trearty (0-2), Paul Fisher (0-1), Emmet Conaghan, James Whelan (2-0), Eddie Boyce, James Mc Callum, Paddy McCarron (1-0), Hugh Mc Menamin.

*Minor Ladies*
CLG BnaG 5-7 Cloughaneely 3-1
Well done to our Minor Ladies who defeated Cloughaneely in the Championship last Thursday. With them also beating Dungloe the week before the girls now have 2 wins from 2 in their group. They also have to play Fanad Gaels, Naomh Mhuire and Gaoth Dobhair in the group stages.

*U16 Championship*
Our U16s have been drawn in Group 2 of the U16 Championship alongside MacCumhaills, Muff and Buncrana. Fixtures to be announced later in the week.

*U14 Championship*
Our U14s have been drawn in Group 2 of the Division 2 Championship alongside Letterkenny Gaels, Malin and Muff. Fixtures to be announced later in the week.

*U12s*
Our U12s traveled to Gaoth Dobhair on Werdnesday evening and both the A and B teams suffered only their second defeats of the year by a small margin. The A team were missing four of their regular starters and had to draft in from the B team which is a year younger, but they did very well. They were level going into the last few minutes but gave away a goal near the end. Great performances from Owen McElhinney and Killian McBride, Aiden Ferry also scored a great point. The B team put on a good performance despite losing players to the A team and were only beaten by the smallest of margins. Alec McConigley, Odhran Doherty and Anthony Curran were best on the night, and a special mention to Callum Ferguson who scored a great point.
Next up is was home game against St Michaels on Monday and Our U12s had two good wins. The A team came from 4 points down to win by a point in the final minute. Eoghan Hemistra scoring the all important goal. Paul Ryan and Jay Curran were very impressive. The B team also had a good win in a close contest. Jordan Ryan with a hat trick of goals proved to be the difference. Lee Callan, Shaun Coffey and Lorcan Sweeney were very impressive. Both teams now go through to play St Eunans on Saturday in O’Donnell Park at 12 o clock in the Northern Semi Final.

*U12 Ladies*
Our U12 Girls had their last game of the season on Friday evening in Moyle Park with a 15-a-side match against St Eunans A. Na Galloglaigh started strongly with good performances from Anna Russell, Kelsey McAteer, Aisling McCormack, Danielle Kerr and Leah Afxentiou but the strength and stature of the St Eunans girls showed and they gradually pulled away with some great goal scoring. We thank the St Eunans team and management for the very sporting manner in which the match was played.
The girls skills have improved over the season and with a panel of 21 to choose from on Friday, from Milford, Ramelton and Rathmullan – the future of underage girls football is looking good for the Club.

*Fantasy Gaelic*
Cormac Friel is still leading the charge in the Fantasy Gaelic on 735 points with Carole McGlinchey in second on 657. Terry McFadden, David Curley and Eoin Sheridan round off the top 5. Cormac is also in 4th place in the county

*Lotto*
This weeks lotto numbers were 3-10-17-21. No jackpot winner, 2 match 3 winners win €35 each. Stelly Dunworth and Trevor Dunworth. Next weeks Jackpot is €660. Don’t forget you can enter the lotto from the comfort of your own home by playing through our own FREE Club App. Usual rules apply, pick 4 numbers per box, €2 and €5 options available. Numbers must be entered before 10pm or else they roll over to the next week. Perfect way for our many supporters and exiles overseas who would like to continue to support their Club.

*Gaelic 4 Mothers & Others*
Gaelic 4 Mothers & Others resumes training next Monday, 9th March at 8.15pm. Open to all newcomers and past players who are over 18 and not currently playing competitive football. These trainings are fun orientated with the focus on learning the skills of the game and interacting with other women/mothers in the community and providing opportunity to be physically active.

*Lotto Database*
Lotto database players are reminded that end of year payments are now due. Anyone wishing to join the lotto database in 2014 can download the standing order form from the Club website or contact Joe McNulty. The benefits of joining the database are:

*Lotto Sellers Required*
The Club is seeking lotto sellers in the Milford, Ramelton and Rathmullan areas. If you are interested contact Joe McNulty on 086-8547114

*CLG BnaG Club Gear*
A selection of club gear is available to order. Photos and prices of these items are on the club website and on the new Team App. Orders can be placed with Agnes Ryan 0868194751