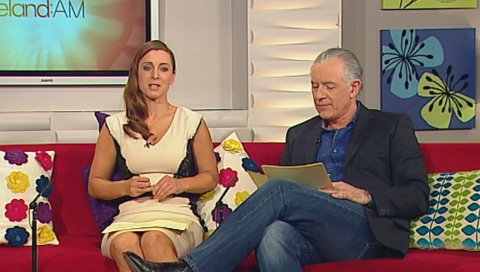 Sinad Desmond and Mark Cagney of TV3’s Ireland AM.

The mother of Lily Pyper is to appear on TV3 to discuss her daughter’s situation of being refused access to Letterkenny Community Centre without an SNA.
Amber Pyper, from Ramelton, was left bitterly disappointed after being told that her five year daughter could not enrol at a summer camp at the centre. 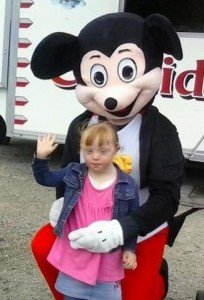 She was initially told there were places on the camp but then told she would have to provide her now SNA to take care of her during the week.
Amber said Lily, who has Down Syndrome, simply want to mix with the rest of her peers but was now being denied that opportunity.
A statement from Letterkenny Community Centre said they simply did not have the funding to provide an SNA to look after Lily’s needs on a one-to-one basis.
The issue has created widespread debate across Donegal since it first came to light.
Amber will appear on the Ireland AM show at approximately 8.30am on Friday morning.