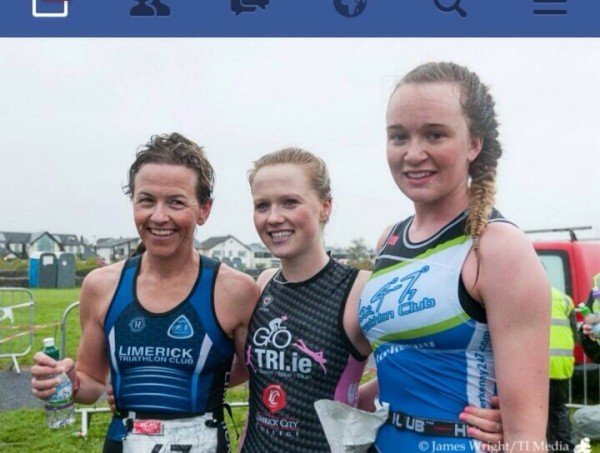 Letterkenny 24/7 triathlon club held its annual race in the scenic venue of Gartan Lake on Saturday.

This year an Olympic race was added alongside the Sprint distance. 158 competitors arrived at the Gartan Outdoor Education Centre boat house to take part in their chosen distance.

The rain held off until the run part of the Olympic distance which saw club member Sean McFadden claim overall first.

Margaret Kelly was first female in this race, having only just raced a half ironman distance seven days previously! All club members were happy with their times and are glad that the training is paying dividends.

In the Sprint race Rhodri Jones and Anne Paul from Triangle Triathlon club took 1st place with Peter O’Donnell and Orlaith Fogarty being first male and female home for the club.

It was great to see so many new members enjoy and complete their first or second triathlon, with some great performances by individuals.

The club would once again like to thank Gartan Outdoor Education Centre for letting us host the race and use their facilities, to Voodoo Bar for sponsoring the event and a big thank you to all marshals and helpers who give up their time to help the event run smoothly and safely.

Letterkenny 24/7 club member, Kirsty McIlwaine had a fantastic race on Saturday in Galway to claim a 3rd place in the women’s race. The 17 year old took part in the National Long Course Aquathon in Galway in what we’re very difficult conditions.

The 1.5km swim had to be shortened due to high seas and there was a headwind 10km run around Salthill.

Despite this Kirsty exited the water in 11th place and ran her way into 3rd and a bronze National Medal.

John Cannon, also had success by adding another 1st Age Group medal to his collection at this race.

Club training schedule is online at www.letterkenny247.com or the clubs Facebook page.