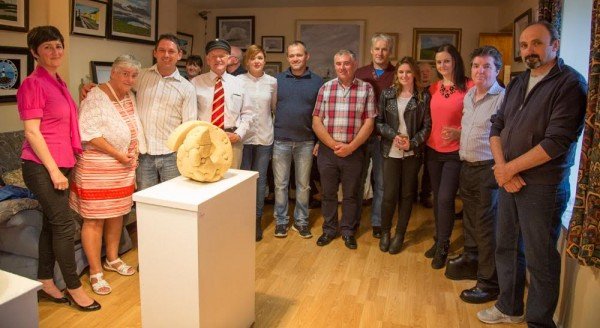 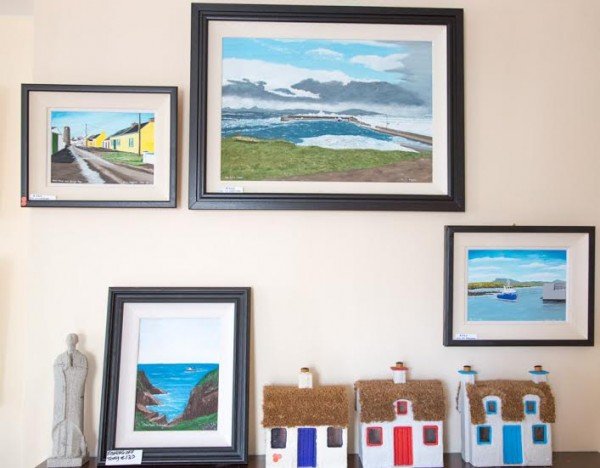 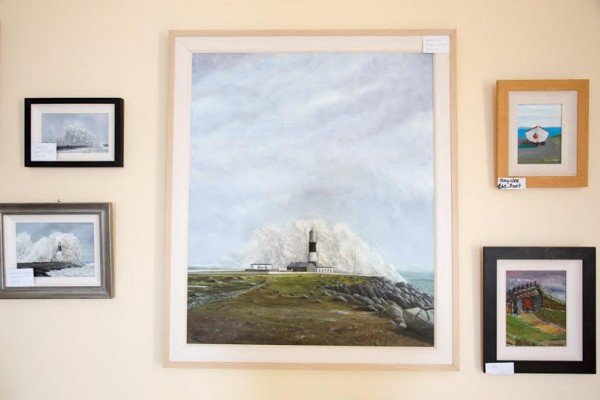 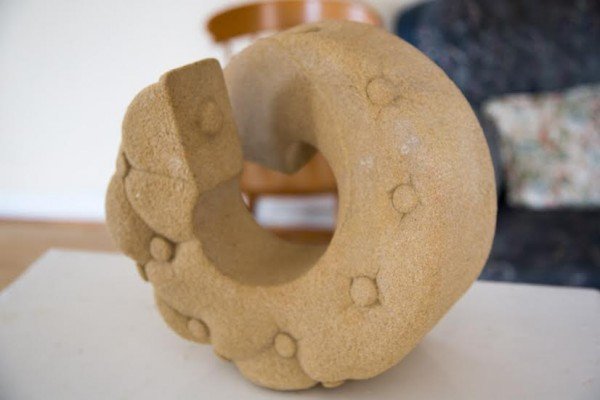 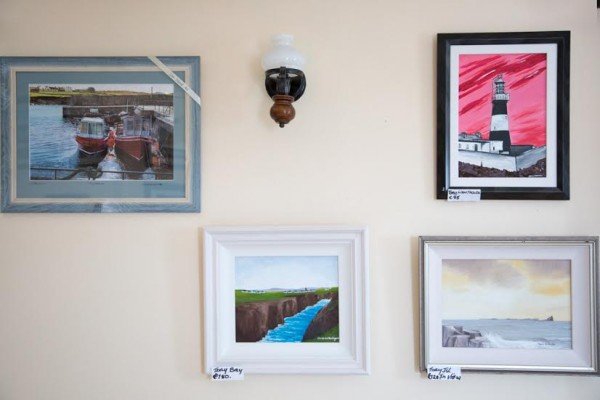 PICTURE SPECIAL: The latest exhibition by the Tory Island school of painters took place on Saturday night in The Harbour View Hotel on The Island itself attracting a large crowd from near and far.

The exhibition itself was opened by Micheal McÁoidh, Arts officer for Ealaíon na Gaeltachta.

Micheal remarked on the privilege  in taking part in such a show and was astounded by the sheer aboundance of art that was produced on the Island.

“The level of detail and perfection in some of these pieces has far exceeded my expectations” he remarked before purchasing a beautiful oil painting of The west village!

Their were 9 visual Artists in total exhibiting including Redmond Herrity a guest Sculptor from letterkenny and long time friend of Tory island.

Their was a large number of crafts also on display by many locals including knitwear by Grace Ann Duffy, Grace mc Clafferty and Jackie Rodgers, miniature handcrafted cottages by Sean Donal Rodgers and a wonderful array of photographs by local photographer Owen Clarke.

Kieran Deveney Author and playwright from Sligo also had a copy of his latest book “Waves of Tory” on display and signed personally on the night.

A prayer book with old prayers from the Island which were collected and beautifully put together by Belfast priest Fr Kieran Creagh And School principal Mary Clare McMahon was also on display.

Seamus Doohan a local craftsman had one of his miniature fishing boats on display to the delights on the younger audience.

The Exhibition is expected to last until the end of the month and well worth the journey for young and old alike.