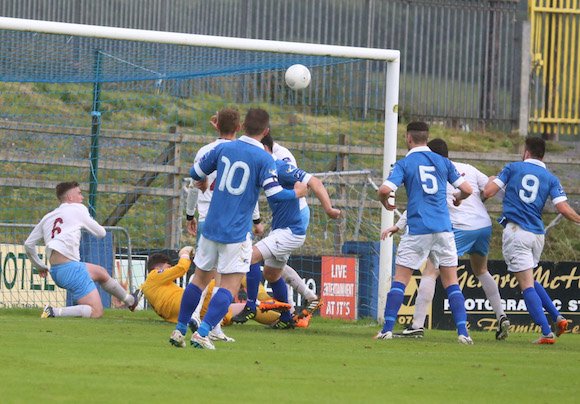 What’s rare is beautiful – especially a Packie Mailey goal.
It may not have been a moment to savour like some of his team-mate Mickey Funston’s recently long-range offerings, but they all count.
The Convoy man managed to poke home for Harps from close range after the half hour to get the upper hand against Cobh Ramblers at Finn Park.
Harps looked comfortable but Cobh could so easily have been level just before the break when Ciaran Gallagher saved from the penalty spot from Cobh’s Stephen Kenny.
The home side looked lively again in the second half with Derry’s on-loan striker Nathan Boyle and the evergreen Kevin McHugh always looking for an opening up front.
It remained just a single goal btw the side for the regulation 90 minutes.
But Wilfred Tagbo tapped home from close range when McHugh made a lot of the running into the Cobh area on 93 minutes to make it 2-0.
Ollie Horgan will be delighted that his side are back on top of the First Division.
And with Packie Mailey even finding the back of the, they must be wondering if things are starting to go their way afterall. 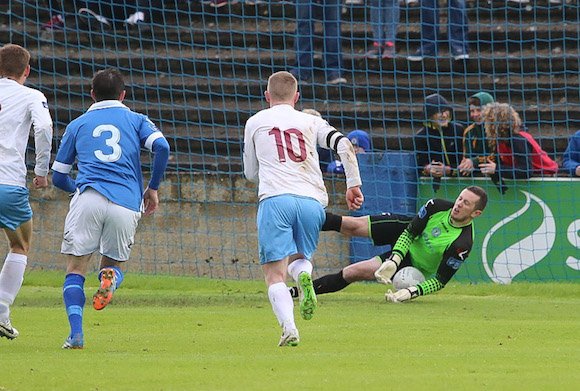 Ciaran Gallagher saves from the penalty spot from Stephen Kenny.