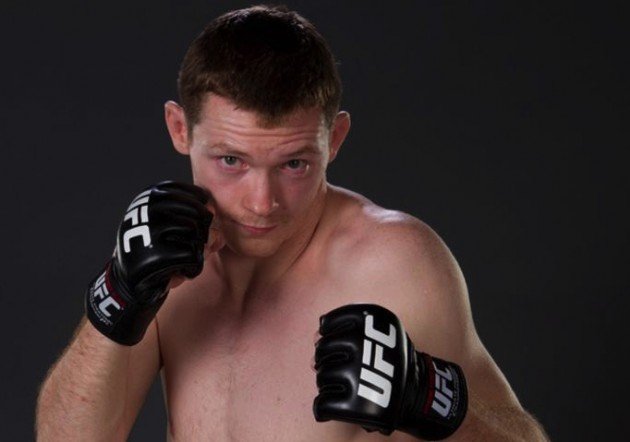 UFC FIGHT NIGHT: Donegal MMA star Joseph Duffy has received a rapturous reception as he weighed in ahead of his fight tomorrow night against Ivan ‘Batman Jorge.

With Paddy ‘The Hooligan’ Holahan also on the card there’s plenty of interest for Irish MMA fight fans.

Duffy, like Holahan received rapturous applause as they made their way on stage for their weigh-ins ahead of their respective bouts tomorrow night in Glasgow.

Duffy weighed in at 155 and he faces Jorge, a formidable Brazilian MMA fighter with a polished record.

The fight will be screened LIVE on BT sports tomorrow night.

A massive army of fans are travelling over from Donegal to cheer on Duffy and with fans also coming from London and Wales – Jorge will face a partisan crowd tomorrow night.

Donegal Daily will have exclusive coverage on Duffy’s fight tomorrow night and will continue to provide previews in the lead up to tomorrow’s fight.