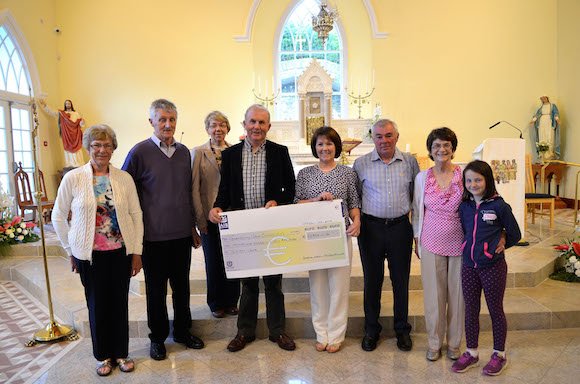 It took many individual fund-raising off-shoots to literally put a roof back over the heads of parishioners at Glenswilly.
This wk, one of the last cheques was represented to Fr Sweeney.
This particular fund raising event began with a meeting between Jim Doherty, Mary Mc Daid and Michael Duddy while out selling tickets during the last draw.
A few phone calls were made and when Elizabeth Doherty was home on holiday from Philadelphia, the plan was hatched.
With great assistance from Patsy Duddy, Mary Doherty Crossan and a few others they had a draw, a card drive and an auction for the signed Jersey from the Glenswilly Football Club and the Donegal team.
They raised a total of €10,989
A massive thank you to all involved with this event.