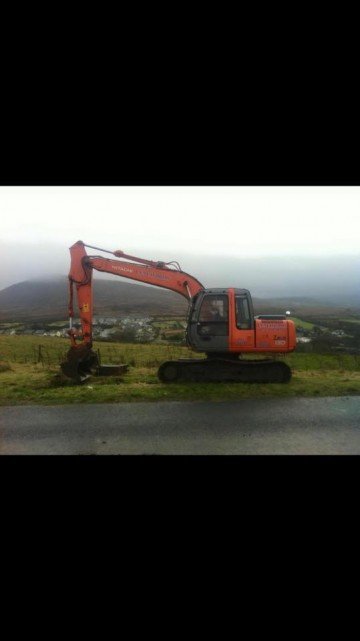 CRIME ALERT: GARDAÍ APPEAL FOR INFORMATION AFTER THEFT OF MACHINERY WORTH €50,000

CRIME ALERT: Gardaí are appealing for information following the theft of machinery worth over 50,000 at the weekend.

A Hitachi ZX130 digger was stolen from McGrory’s Brae at the road-works just outside Ballybofey.

Workers at the construction site made the discovery when they returned to work this morning after the Bank Holiday weekend.

At the moment they are unsure as to when the theft took place as it could’ve occurred anytime between Friday night and this morning.

Gardaí are surveying the scene now as they begin their investigations into the crime.

A Hitachi ZX130, a rock hammer and FOUR buckets were all taken during the raid.

The digger which was stolen had Lynch Bros and North-West plant hire stickers on it.

Workers at the site estimate the machinery taken was worth around €50,000.

If anyone has any information and seen any suspicious or suspect behaviour in and around the area over the weekend then please contact 086 831 1766 or go to your nearest Garda station.