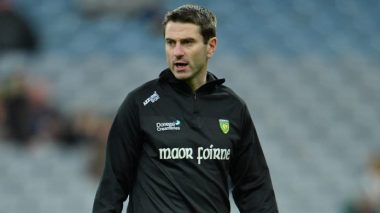 CATHAL MacSUIBHNE’S GAA diary: Despite plenty of faith and optimism amongst Donegal supporters prior to Saturday’s match, in the end it was a somewhat meek surrender by their team on the field. 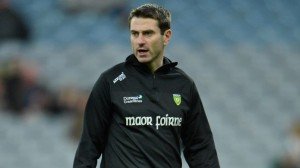 Rory Gallagher’s charges weren’t playing all that well in the opening half but they were still actively in the contest and after previous strong second half showings they would have been satisfied with that.

Aidan O’Shea’s goal just before the half time whistle was the killer blow; the difference between a one point deficit and a four point one as regards the manager’s team talk is massive.

O’Shea would have been talked about quite a bit at training sessions during the week so for Donegal to concede a goal via something they would have worked specifically on stopping is disappointing.

Neil McGee had a good battle with the towering Breaffy man and won his fair share of ball. For the goal itself though he needed help and his sweeper riding shotgun with him, Mark McHugh, was pushed off the ball far too easily.

Since 2011, when this Donegal team began to realise its potential, they were hard to beat. Donegal were horrible to play against. They were feared. Everyone knew what they were going to do but few knew how to counteract it. They have moved away somewhat from what made them successful. That stubbornness, that thou shalt not pass mentality needs to be rediscovered. Be hard to beat and then the attacking play, slickness and confidence will follow. Time to go back to basics.