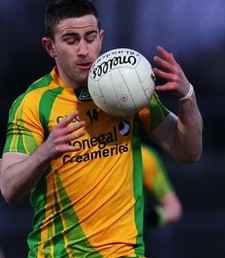 McBrearty was a sub today

Kilcar march on with big win

Kilcar showed just why they are among the favourites for the Donegal Championship this year when they cruised to victory against Termon yesterday afternoon.

Even without the likes of Paddy McBrearty – who came on as a second half sub – the Kilcar men had too much in their locker for a Termon side who were anxious to avoid a heavy defeat to make sure they could progress on score difference should Naomh Muire win at The Banks.

Goals from Cormac Cannon, Stephen McBrearty and Conor Doherty made all the difference for Kilcar as they marched on to convincingly top group 4.