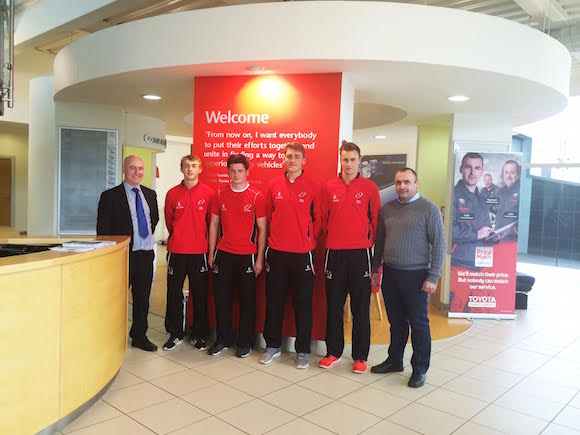 Brendan Kelly of Kelly’s Toyota, for his ongoing support which has helped the club develop players to this level.

One Donegal rugby club is certainly getting a return for investment in their youth policy.

Three Letterkenny RFC players will start for the Ulster U18 team to play Connaught in their opening intro provincial match today at 1 pm at Rainey RFC in Magherafelt.

Joseph Dunleavy starts at blindside wing forward, Daniel Faulkner lines out at inside centre and Peter Scott is entrusted with the full back duties.

Eunan Henry is also on the u18 development panel and was unlucky not to make the match day 23 for today.

“This is a great achievement for these young players and is just reward for their dedication and hard work over the last two years” said Gordon Curley, the club’s u18 coach.