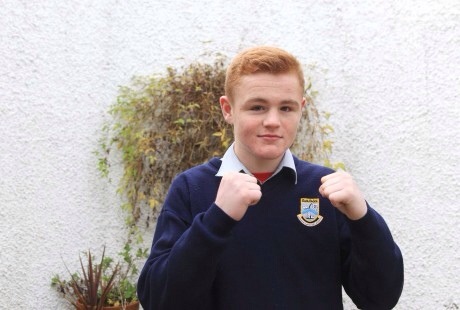 BOXER Brett McGinty has won a silver medal at the Commonwealth Youth Games in Samoa.

Brett, who lives in St. Johnston, Donegal, is a six-time Irish champion.

The 2012 European SchoolBoy Bronze Medalist was representing Northern Ireland over in Samoa, and was fighting in the 69kgs group.

The 16-year-old boxes with the Oakleaf Club in Derry.

Brett beat Aussie C. Gripp 3-0 on points in the semi-finals.

He faced Mohammed Harris Akbar of England in the final but unfortunately lost 2-1.

These were the only two rounds Brett lost in the whole tournament.