Deputy Pearse Doherty has said that proposals to reduce the Out-of-Hours GP service ‘NoWDOC’ is a Red line issue for Sinn Féin and has once again called on the HSE to reject the proposals. 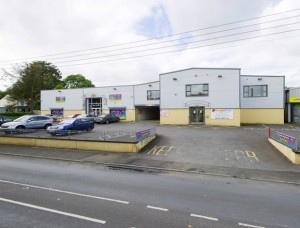 The NowDoc offices in Letterkenny.

Deputy Doherty’s comments come ahead of a planned meeting tomorrow between the HSE, GP Clinical leads, Caredoc, and elected representatives regarding the controversial proposals to restructure and reduce the current NoWDOC service.

Deputy Doherty said “When the proposals to scale back the current out-of-hours ‘Red-Eye’ service were first announced, I immediately wrote to HSE management in which I urged them not to reduce the service due to the profound impact which this would have on patients.”

“It was following this that I, along with other elected Public Representatives, wrote to the HSE requesting that this meeting be held in order for a discussion to take place concerning these proposals as part of this on-going review process into Out-of-hour services in the County.”

“At this meeting, which is due to take place tomorrow (Friday), I intend to make it perfectly clear that Sinn Féin cannot and will not support any measures which will ultimately see a reduction to out-of-hours GP care in Donegal.”

“I will also be raising the very serious nature of the findings from a previous HSE report in which similar proposals to reduce the service were rejected by the HSE due to fears over how the plans would impact on patient care, service standards as well as access concerns.”

“If previous proposals to restructure NoWDOC – which are strikingly similar to those on the table at the moment – were not supported by the HSE due to concerns the executive had over their impact on safety and service quality, then surely the HSE has no option but to reject these latest plans as well.”

“In essence, this is very much a Red line issue for Sinn Féin and at tomorrow’s meeting – just like I did back a number of months ago – I will be demanding to know where exactly the HSE stands in relation to these proposals, and I will be once again calling on the executive to oppose any reduction to NoWDOC or indeed any other proposals which fail to put patient safety first.”