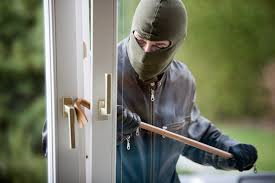 CRIME ALERT: HOMEOWNER FOILS GANG WHO BROKE INTO HIS HOME

CRIME ALERT: A suspicious gang of thieves who attempted to break into a Donegal home this evening were foiled by the terrified homeowner.

The callous thieves thought the house was unoccupied and entered the home via the back door.

However, the owner was upstairs and when he ran down to confront the men they ran out of the house.

The three men where then picked up by a car which was being driven by a woman and they sped off towards Donegal Town.

The break-in occurred at 6pm near Kelly’s Garage in Mountcharles.

The gang were driving a black 07 D registered Toyota Avensis.

There are other reports that the same gang broke into a house on the Pettigo Road late last night.

If you see this car then please contact Gardaí immediately and share this information on your social media accounts to raise awareness regarding the cowardly gang of thieves.