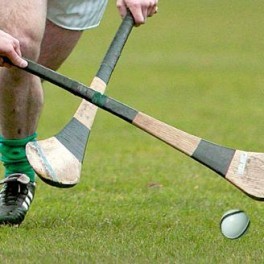 Thursday night saw the underage competitive hurling season come to an
end with the playing of the U 16 Championship Finals.

In the A final we had a repeat of last years pairing as holders St
Eunans were up against a fancied Buncrana team, the game was played at
Hibernian Park, Burt. The game was competitive for the opening 10
minutes but after that it was all Buncrana, as this very talented team
from Inishowen ran out very convincing winners, completing a league
and championship double.

The B final was played at the Cross and was a repeat of the U 16
League Final between Mc Cumhaills and Letterkenny Gaels, the
Letterkenny lads were well on top at half time and led 3.3 to 0.3. Mc
Cumhaills put on a tremendous show in the second half overturning the
half time defecit and running out deserving winners on a 2.12 to 3.4
score line over a gallant Gaels team. This victory ensured Mc
Cumhaills completed a league and championship double at the B grade.