Deputy Joe McHugh is to be Fine Gael’s only candidate in Co Donegal for the upcoming general election – unless headquarters decide differently. 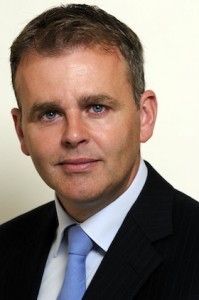 He was selected at the party’s convention in Letterkenny’s Radisson Hotel.

It came after the party’s local county councillor John Ryan withdrew his name from the convention.

Some believe the party are struggling for votes in Donegal and their best chance is for a one candidate strategy.