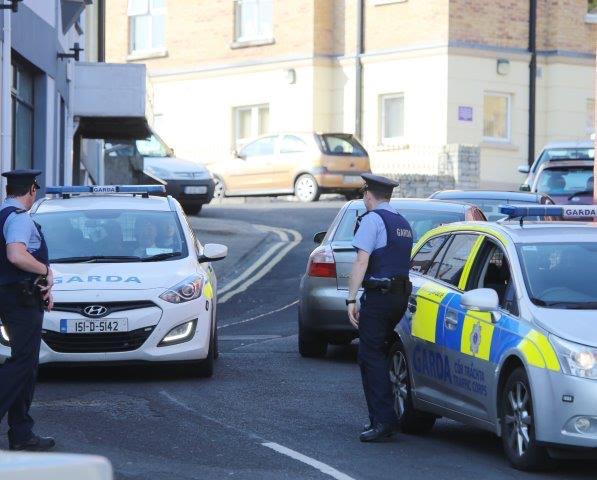 Gardai at the scene f today’s raids at Fortwell Apartments in Letterkenny. Pic by Northwest Newspix.

BREAKING NEWS: A man aged in his 40s has been arrested by Gardaí in Letterkenny as part of the investigation into alleged Human Trafficking.

In a statement tonight gardai said that the man was arrested when Gardaí searched a number of locations in Letterkenny area earlier today.

He is currently detained under Section 4 of the Criminal Justice Act, 1984 at Letterkenny Garda Station.

The investigation commenced on Sunday 30th August 2015, when Gardaí at Letterkenny carried out an operation during which five men were safely removed from a business premises on Pearse Road, Letterkenny.

A sixth man was located elsewhere in Letterkenny Town on the same date during the operation. All six, who range in age from 21 to 45 years, were relocated to safe and secure accommodation.

The investigation which is being led by Gardaí at Letterkenny, assisted by The Garda Human Trafficking Investigation and Co-ordination Unit, Romanian Authorities, The Department of Justice and other Government Agencies, is continuing, the statement added.