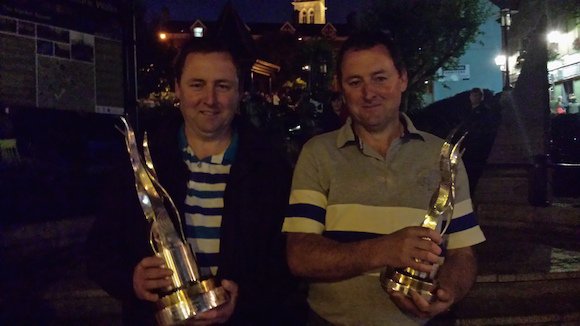 Chairman of Donegal County Council, Cllr Ciaran Brogan has described it as one of the best news stories for Donegal for decades.

And who could argue with him?

Victory for Letterkenny in the National Tidy Towns Contest yesterday is a real shot in the arm for the Cathedral Town.

No longer can the town be called shabby or run-down.

Here Cllr Brogan writes for Donegal Daily and looks forward to all the benefits which will come Letterkenny’s way with its new-found title.

“Letterkenny is basking in an historic double with the announcement that the town has won the overall National Tidy Towns award and the equivalent for Largest Urban Area.

“For us as a Local Authority this represents one of the best news stories in decades. Before its abolition, Letterkenny Town Council had invested hugely in the town from an environmental perspective including the development of the town parks and open spaces.

“We were one of the first Councils in the country to employ a Town Gardener and a Litter Warden which were significant in terms of what we have achieved. We had, and have, a dedicated team which has advanced the overall look of Letterkenny and the wider area.

“A huge tribute is, of course, owed to the Tidy Towns Committee under its chairperson, Anne McGowan, and its hard-working team of volunteers who have over the years never shirked in the Committee’s objectives. It was the dream of many that we would get this far and now that dream has been realised.

“We cannot ever forget the massive contribution of the late Jim McCormick who kept the Tidy Towns Committee going when some might have surrendered the initiative. He was the guiding light and the inspiration behind the local tidy towns movement and always confidently dreamed that one day Letterkenny would bask in the national spotlight.

“He was invariably looking for that extra point or two every year that got him, his committee and the town closer to the big award and continued to work hard when the points total fell short. What a proud man he would have been today and what pride his family must feel at this achievement.

“As the First Citizen of this county, I share in the pride of these awards which represent a huge vote of confidence in the town and its people.
You only reap what you sow and the plants that we have sown over the years have now reaped the ultimate award. I am confident that we will benefit enormously through tourism and business development for Letterkenny as a result.

“These awards must also be attributed to the townspeople themselves. We have over ninety Residents Associations in the town, each and every one of them striving to improve the appearance of their respective areas and continuing to maintain that objective. The business community, too, has played a significant role through investment and let’s not forget either the local schools initiative which has generated an interest in the environment amongst our children.

“Last night’s reception in the Market Square, when the Tidy Town Committee and Council representatives returned with the National title, was an occasion to remember for us all.

“The emotion of a dream that has become a reality was there for all to see and that is truly what community is all about.”