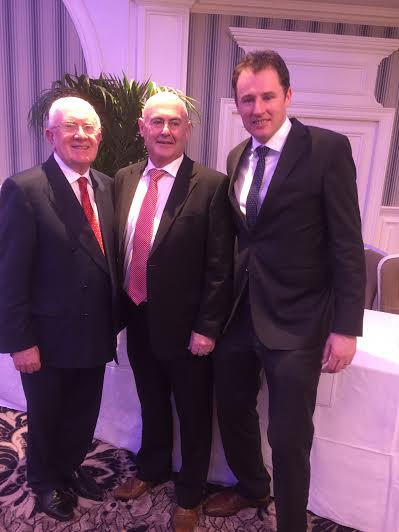 FIANNA Fail is facing a split in Donegal after Cllr James Pat McDaid failed to make it onto the ballot paper for the general election.

Pat The Cope Gallagher and Charlie McConalogue were selected at the party convention last night to contest the new five-seat constituency.

However the party will not add a third candidate, leaving what many party loyalists believe is a huge swathe of the county between Letterkenny and the Finn Valley unrepresented.

They had hoped Cllr James Pat McDaid from Glenswilly would have helped maximise the party’s vote.

Cllr Seamus O Domhnaill was among those backing McDaid.

“This is a disaster for Fianna Fail,” said one senior party member.

Anger is so deeply engrained now within the party there is open talk of an independent candidate now running for a seat.

“There has been open talk for weeks now that if the party backed The Cope and McConalogue, then there might just be a good independent candidate who would get the support of Fianna Fail members.”

The in-fighting has been extremely bitter.

Some senior members didn’t even go to the Clanree Hotel in Letterkenny yesterday for the vote.

The Blaneys have thrown their weight behind Gallagher in Fanad; but there is little appetite for either Gallagher or McConalogue in Letterkenny, said party sources.

“We are going head-to-head with Sinn Fein in the west (Pearse Doherty) and in Inishowen (Padraig Mac Lochlainn) but we have no-one in the biggest town in the county where Sinn Fein are weak,” said another angry party member.

Another well-known party member fumed: “Well, you won’t see me out putting up election posters.”

Independent councillor Dessie Shiels is expected to stand now in Letterkenny – and could be the only general election candidate with a base in the town.