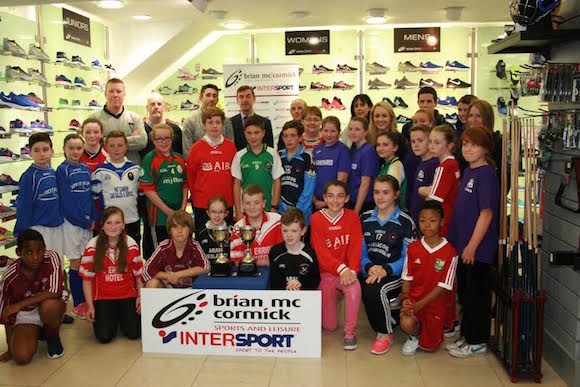 PICTURED at the launch of Letterkenny & District League at Brian McCormack Sports shop are the next generation of girls and boys gaelic football stars.

Schools from around the area have entered this year’s competitions, with former county star Rory Kavanagh helping to get the games up and running.

Rory is the chair of the committee and thanked the schools and the teachers for their commitment to the league.

He also thanked Brian McCormack for his sponsorship and he welcomed the Winston & Carr family to the launch. He also thanked the clubs for the pitches and finally, he wished the kids well in the competitions.