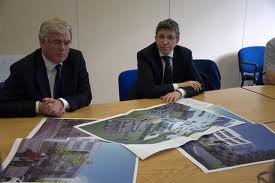 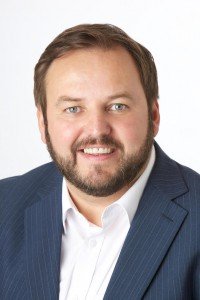 Deputy Padraig Mac Lochlainn has called for the resignation of senior executive hospital managers in Letterkenny in light of last week’s damning HIQA report on hygiene standards and claims that resources were not an issue.

However Deputy MacLochlainn told today’s Tirconaill Tribune: “Mr. Murphy’s comments are a disgrace and an insult to the intelligence and integrity of the people and their politicians who are continually asked to lobby Government for more money.

“It is a gross insult to the people of Donegal who own Letterkenny Hospital who visit the hospital every day and see for themselves the stresses and unacceptable workloads that staff are forced to work in under the most difficult circumstances.”

He said that if Mr. Murphy genuinely believes that resources are not an issue, then he and others under his command must resign immediately on the basis that hospital management has failed the people of Donegal and a new management structure must be put in place as a matter of priority.

“If resources are not an issue, then the management of the hospital at the most senior of levels must take responsibility for the failures and fault lines in basic cleaning and management of staffing in these areas,” said Mac Lochlainn in the Tribune today.

“Surely this is a full admission of administration failures in Letterkenny and the community deserves much better than these remarks.

“If Sean Murphy genuinely believes his own claims then he must also accept that the people of Donegal are being very poorly served by the management at Letterkenny Hospital,” added Deputy MacLochlainn.

The SF Deputy said he was addressing parliamentary questions to the Minister for Health into the circumstances that led to the issues raised not being addressed after the initial inspection.

Deputy MacLochlainn said that the claim that staffing levels are at their highest since June 2009 needs to be clarified since no figures were produced and no attempt was made to explain why Mr. Murphy chose to use 2009 as the baseline for his statement.

He said that common sense tells people that cleaning is not rocket science and every home in Ireland does it every single day of the week without the need for committees, groups and analysis of best international practice.

“The reality is that every report we read suggests that Letterkenny Hospital has the country’s lowest funding and lowest staffing levels per patient admission and for any manager to suggest that staffing is not an issue is totally unacceptable,” says Deputy MacLochlainn.

He added that every politician in Donegal uses every available chance to address the chronic lack of finance and staffing shortages at the hospital and the Oireachtas members are being continually lobbied by the hospital for their support in this regard.

“Therefore it is a huge shock to hear the general manager say that resources are not a key issue in the cleaning department and everywhere else when we all know that acute shortages of manpower are seen by the staff and their unions as a major crisis at the hospital,” said MacLochlainn.

The first of these inspections was carried out in June. The follow-up inspection found no significant improvement in the overall standard of environmental hygiene.

Varying levels of dust were observed in all areas and patient equipment cleaning was unsatisfactory.

Maintenance of the patient environment in the Orthopaedic Unit was of significant concern with ward wide issues related to maintenance.

Surfaces, finishes, flooring and some furnishings in patient rooms including windows, wall paintwork, woodwork, wood finishes were worn and poorly maintained and as such did not facilitate effective cleaning.

Only 55% of hand hygiene opportunities observed by inspectors were taken. The Authority was also not assured that the risk of invasive aspergillosis was being fully managed in line with the Infection Prevention and Control Standards.