FIREMEN FORCED TO RETURN AFTER BLAZE AT PAEDOPHILE’S HOUSE REIGNITES 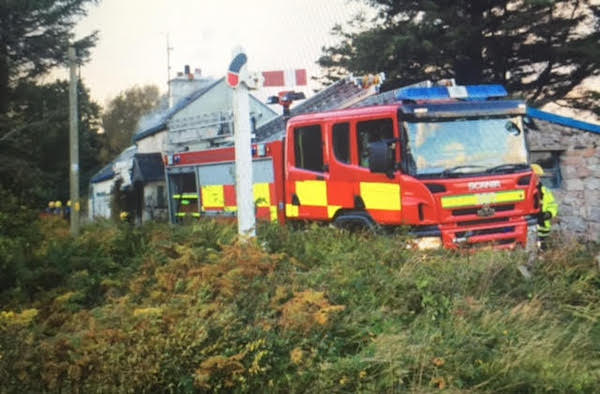 Fire tenders at the scene of this morning’s blaze in Crolly.

Two units of the fire service were forced to return to the home of paedophile John Barrow after an earlier blaze reignited this evening.

The station house at Crolly mysteriously caught fire early this morning and was gutted.

Garda forensic officers were in the building when the fire reignited.

Nobody was hurt after the fire restarted in a back room.

Firemen soon had the blaze under control.

Barrow, 72, was sentenced to two years in jail in July last after being found guilty of sexually assaulting a ten year old boy.

The former engineer always denied the charge and had pleaded not guilty.

He was also placed on the sex offenders resigner for the next ten years.

It is the second time the house has been gutted by fire following another blaze there almost 30 years ago.