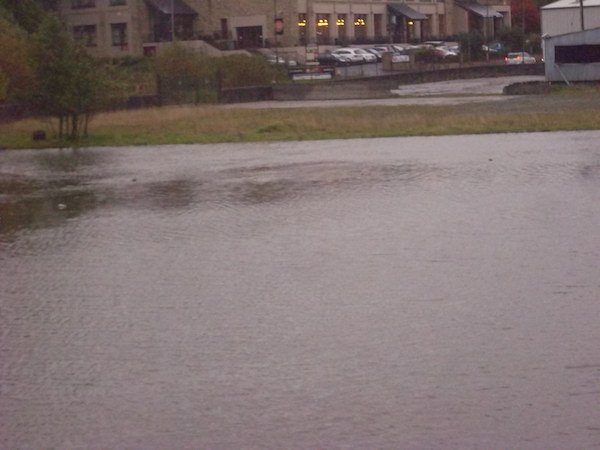 Our picture shows how close the high tide at the Port Bridge in Letetrkenny was close to bursting its banks.

Letterkenny was put on a major flood alert last night after a massive high tide threatened to burst the banks of the River Swilly.

Our pictures show the huge swell at the Port Bridge just after 5pm.

The Mount Errigal Hotel can be seen in the background as the water comes level with the sides of the riverbank. 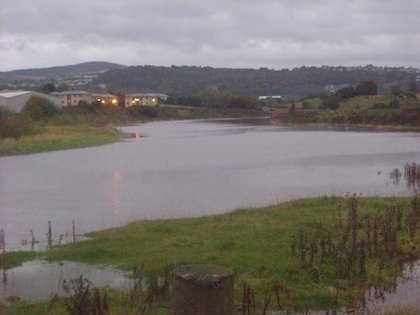 Another picture showing the huge tide last night at the Port Bridge.

Locals have been wanting for a long time that the area needs flood barriers in the case of rising tides.

One local said that if last night’s huge tide had coincided with heavy rain, there would have been a major flood.

“It was a close call. You can see form the pictures what a huge swell there was. If there had been heavy rain then we would have certainly had a lot of flooding.

“People in the area have been wanting about the dangers of flooding from the River Swilly for some years.

“Some kind of survey must be undertaken by the council to examine the dangers of flooding in this area and the necessary preventions must then be put in place,” said the man.