TWO HEADS ARE BETTER THAN ONE FOR BASKETBALL BROTHERS! 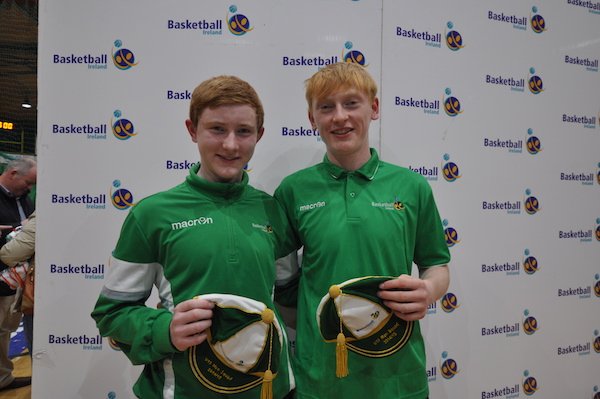 The brothers with their international caps.

Two heads are certainly better than as two Donegal brothers can now testify to!

The brothers, Sean and Padraig McGettigan, received international caps for basketball at an awards ceremony on Friday last in the National Basketball Arena, Dublin.

Sean and Padraig play basketball for St. Eunans College and are now in preparations for the European Championships.

TWO HEADS ARE BETTER THAN ONE FOR BASKETBALL BROTHERS! was last modified: November 2nd, 2015 by Stephen Maguire
Tags:
basketballdonegalLETETRKENNYMcGettigan brothers