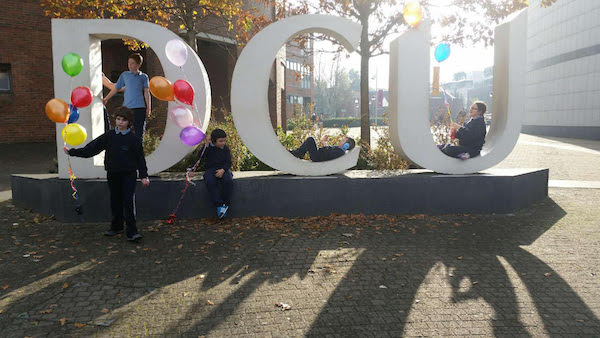 Students from the Little Angels school in Dublin where they won the award today.

A class from Little Angels special School, Letterkenny have won their second award in three years at the FIS Film festival at the Helix in Dublin. 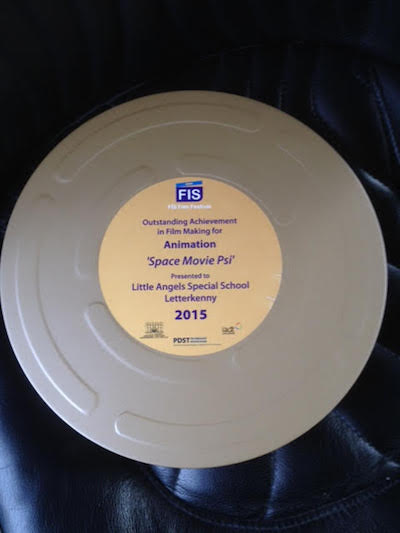 The award on by the Little Angels School for their film.

Class teacher Michael Fabisiak said the FÍS Film Festival is an inspiring and heartwarming event which every year showcases the amazing creativity of school children across Ireland.

He paid tribute to the schoolchildren from the Little Angels.

“The children in Little Angels school were competing against children from national schools from all over Ireland. At little angels we take pride in the fact that our children are offered opportunities to celebrate their achievements alongside their peers from mainstream national schools.

“Winning this award at FIS allowed us to show that although our children have additional needs, they are able to be successful on an equal standing with all of the children in Irish schools. Little Angels school were the only school from Donegal in the final and they did the county proud,” he said.