Sinn Fein are to host what they have called a ‘Super Sunday’ when they will elect their third candidate to run in the Donegal constituency. 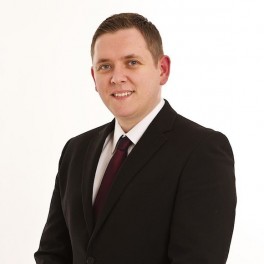 Cllr Gary Doherty expected to be nominated as Sinn Fein’s third candidate in the general election in Donegal.

The convention takes place this Sunday, November 8th at the Villa Rose Hotel in Ballybofey starting at 3pm.

Both current TDs Pearse Doherty and Padraig MacLochlainn have already been nominated as candidates for the forthcoming election.

And now it is widely anticipated that Twin Towns county councillor Gary Doherty will be ratified as the party’s third candidate.

The Convention will be chaired by Sinn Féin Assembly Candidate for West Tyrone Grace McDermott and will include a number of guest speakers including Sinn Féin MEP Martina Anderson.