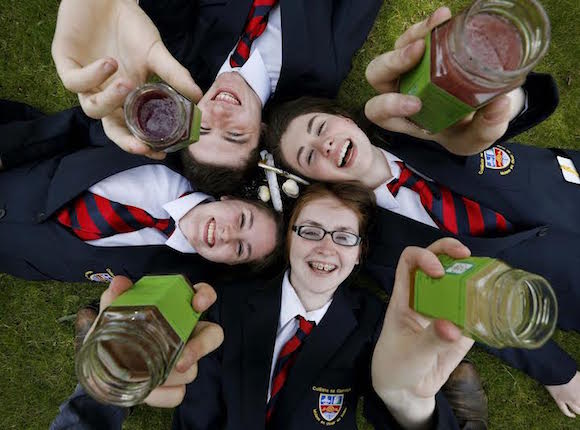 BREAKING NEWS: A group of Donegal teenagers have been named European Youth Entrepreneurs of the Year 2015 at a ceremony in Budapest.

The competition is hosted by YouthStart, European Entrepreneurship Award – an affiliate of the Network for Teaching Entrepreneurship in Budapest, which is run in Ireland by Foróige – Ireland’s leading youth organisation.

Earlier this year, the young people were named the Youth Entrepreneurs of the Year 2015 in Ireland and their reward was to represent their country on the European stage.

Ireland has now been honoured on the European stage at the awards for three consecutive years.

The NFTE programme was founded by US businessman Steve Mariotti in New York in 1987 to prevent at risk young people from low-income communities from ‘dropping out’ of the education system.

The programme teaches young people to think like entrepreneurs, to take calculated risks, to be open to learning and be empowered to own their own futures. The programme now operates in countries across the globe, including in the United States where the programme is supported by global star and Bad Boy Entertainment founder Sean “Diddy” Combs.

In Ireland, a total of 1,500 participants who set up 600 businesses as part of this year’s Foróige NFTE entrepreneurship programme, generating a collective turnover of €250,000. The programme runs from September to May every year.

Research carried out by NFTE among 3,600 young people who participated in the programme found that 70% of all participants have found a job, either as an employee or an entrepreneur. The survey also shows that each NFTE entrepreneur in turn employs an average of 3.5 people.