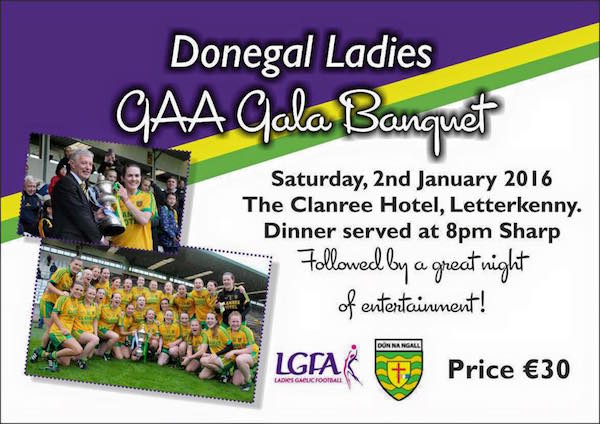 THE Donegal LGFA has ratified county managers for 2016 at its AGM in Letterkenny last night.

The Senior Ladies manager is Micheal Naughton who takes over from Davy McLaughlin. Micheal has vast experience in this role in the past.

The Minor Ladies Manager next year is Termon’s Trevor Alcorn, a coach with vast club experience.

The U16s management team was confirmed as Moville’s Liam Skelly and Termon’s Paddy McMenamin. Liam Skelly was one of the coaches of this year’s successful U14 county set-up whilst Paddy McMenamin has had huge success with his club.

At U14s Greg Harkin from St Eunan’s returns for a second year in 2016 having led the county team to an Ulster championship title and an All-Ireland final this year.

The development league U14 team will be managed by Sabrina White from Red Hughs.

Meanwhile tickets are selling fast for the Donegal LGFA Gala Banquet which is being held on Saturday, January 2, at the Clanree Hotel in Letterkenny. The Senior County players who won this year’s Ulster Championship will be honoured on the night.