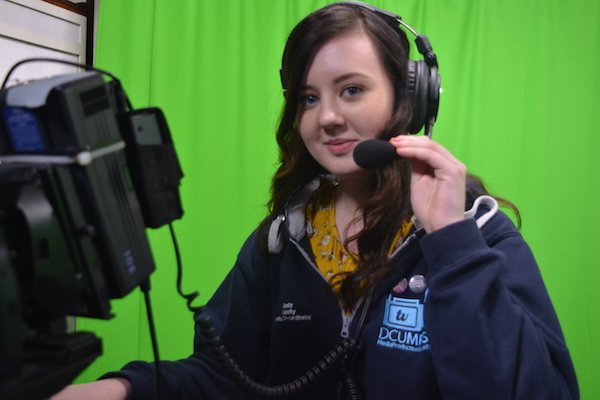 A Donegal student is to create 24 hours of live TV in the hope of beating the stigma surrounding mental illness.

They are, from the 4th December to 5th December, raising vital funds for the youth mental health charity Jigsaw through the production of 24 hours of live television content.

The charity was chosen on the suggestion of Sarah McLaughlin who holds Jigsaw very close to her heart. Sarah explained how delighted she is for the charity to be chosen:

“It was a great support for me when I needed it and I wanted to give back to the charity while raising awareness for my peers at the same time. Jigsaw is such an amazing facility to have for young people suffering from mental illnesses around the country and it’s amazing to be raising so much awareness for them. There’s such a stigma surrounding mental illness in Ireland and I finally think it’s time we did something to make a difference!”

Sarah, who attended Scoil Mhuire Convent of Mercy, Buncrana will assist in the production of shows throughout the 24 hour broadcast, which range from popular television remakes such as ‘The Late Late Toy Show’ and ‘Never Mind The Buzzcocks’ to eclectic original shows proposed by students from all years. The broadcast, which is being run for the sixth consecutive year this Christmas, also features two flagship programmes, including ‘The Apprentice’, which involves students going up against each other to win.

Last Christmas, the broadcast raised over €5000 for charity, through donations received throughout the 24 hours. This year, the target is once again €5000, with all funds going to Jigsaw.

Jigsaw is a charity dedicated to youths.

It operates under Headstrong which is a non-profit organisation dedicated to supporting communities and statutory services in providing appropriate mental health support for young people, and to changing how Ireland thinks about mental health.

“Jigsaw is our innovative programme that works with communities to offer timely, accessible and appropriate, youth-friendly support for young people. Jigsaw exists in Meath, Galway, Roscommon, Donegal, Kerry, Offaly, North Fingal, Tallaght, Clondalkin and Dublin 15. But we want a Jigsaw in every community.”

The society was selected as the winner of the ‘Best Society’ award at last year’s BICS awards and has, this year, received the backing of Bank of Ireland once again. Bank of Ireland explained how delighted they are to be the title sponsors of the broadcast for the third consecutive year:

“Since 2007, all of our community investment has been channeled into facilitating and supporting employee volunteering and fundraising activities through the ‘Give Together’ initiative. Through this initiative, Bank of Ireland provides one day of paid leave to each employee every year to volunteer their time to a cause of their choice. We have also put in place an annual fund to allow the Bank to contribute to employee fundraising and support their volunteering.

The DCUtv and Bank of Ireland 24 Hour Broadcast in aid of Jigsaw runs from 9pm on Friday 4th to Saturday 5th of December. How do you donate?
Donations can be made at justgiving.com/dcutv and you can get involved with broadcast on social media using the hashtag #DCUtv24.