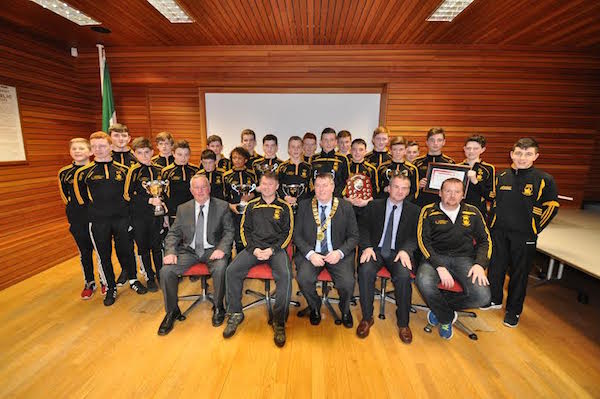 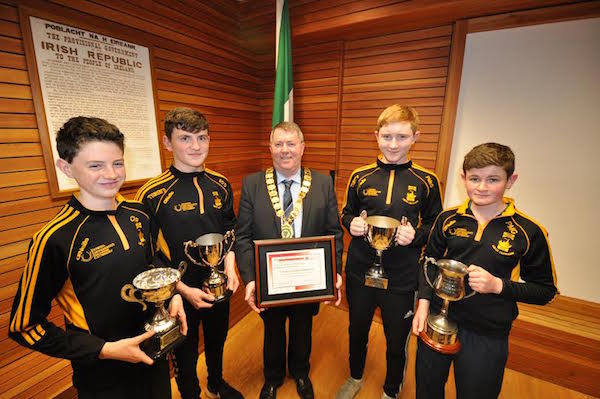 A special civic reception was held for St Eunan’s u14 footballers tonight in Letterkenny public service centre to to acknowledge their achievements – in which they won every competition they entered…including the All-Ireland.

The rising stars lifted the All Ireland Feile title as well as league and championships in Donegal.

Some team for one team: The history boys at their civic reception tonight