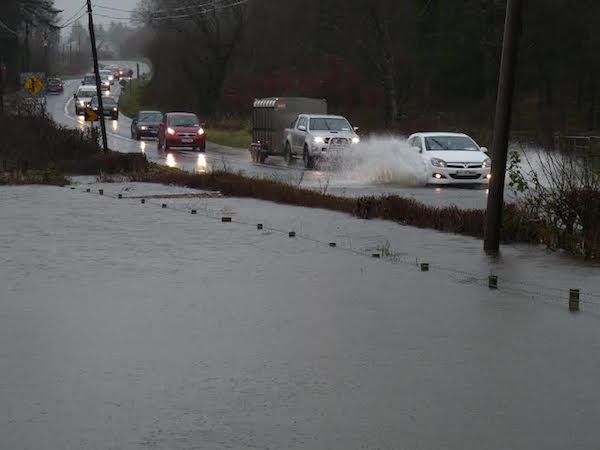 The road beside Magee’s farm at Dunwiley, Stranorlar which was flooded again yesterday.

A farmer in Stranorlar has pleaded with the local authority to help him after parts of his farm was flooded for the tenth year in succession yesterday.

Jonathan Magee from Magee’s Farm in Dunwiley, Stranorlar issued an urgent appeal for upgrades to the area after another deluge of rainfall caused severe flooding.

He said the council and national roads authority have been contacted on several occasions by local residents but nothing has been done.

In an impassioned contact to Donegal Daily, he pleaded for a practical approach to be taken saying the problem could easily be solved.

He says the problem seems to have started when the road subsided at the point a main drain from coming upper Dunwiley crosses underneath the N13 from his farm into Tircallan.

“When the subsided portion of the road was repaired the pipe underneath the road has never been able to take the water since and this has always led to winter and spring flooding on a stretch of road which has witnessed 9 fatalities and over 200 accidents since 1970.

“Vehicles are approaching the flood from Magee’s corner at speed since darkness has fallen and this is an accident waiting to happen.

“Local farmers have also suffered consequential losses to crops due to this unnecessary flooding in an area of fairly high ground. Two large box culverts across the main N13 would cure this problem once and for all.

“It would involve closing one carriageway at a time whilst the repair is carried out. This could be implemented easily,” he said. 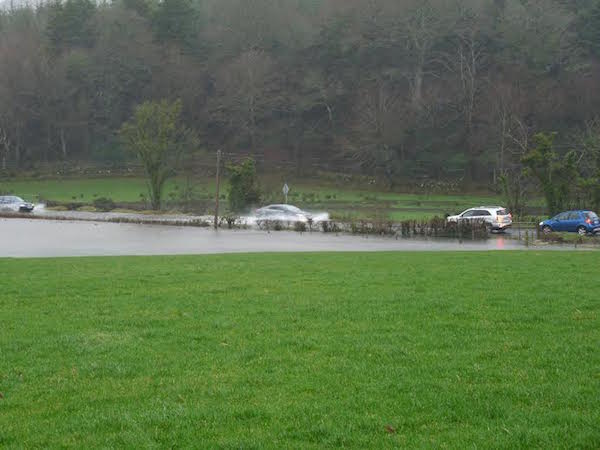 Farmer Jonathon Magee says the road has flooded for the tenth year in succession.

FARMER PLEADS FOR HELP AS HE IS FLOODED FOR TENTH YEAR IN SUCCESSION was last modified: December 5th, 2015 by Stephen Maguire
Facebook0Tweet0LinkedIn0Print0
Tags:
donegalfloodStorm DesmondStranorlar