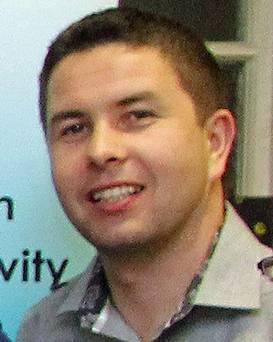 Finbarr Boyle, from Ardara, has had his sentence adjourned until next December to allow him to pay back €25,000 of the €200,000 he stole from Kilnaleck National School in Co Cavan in a crime which deprived hundreds of kids of school dinners for four years.

The 35-year-old had told an outside catering company to stop providing school meals to the school in 2008 by claiming a Department of Social Protection grant had been stopped. But the money hadn’t stopped and he stole the money.

Boyle was described in court earlier this month as a ‘fantastic’ soccer and gaelic football coach.

Donegal Daily has learned however that he has now been fired by the Donegal Schoolboys where he had been coaching some of the county’s most talented young soccer players.

Soccer authorities only learned of his crimes in the past few weeks.

He pleaded guilty to seven sample charges of theft including five separate counts of stealing a total of €73,320 from the Department of Social Protection between November 2009 and February 2011.

He also admitted forgery in creating false invoices for food.

The court heard Boyle – also known as Fionbar O Baoill and a regular teacher at an Irish language summer school in Ranafast – was from Ardara and had been living with his elderly parents since his wife left him.

He was living on the dole and was unable to get a job.

A character reference was made by a number of retired teachers including Gerry Murphy who runs Coláiste Rann na Feirste who pleaded for leniency in the case.

Mr Murphy said Boyle was a brilliant teacher who had made a mistake.

Sgt Fitzpatrick said the crimes had a devastating effect on the village where Boyle had been principal from 2005. Parents were angry and upset, he said.

Judge John Aylmer said he would allow Boyle a year to pay back €25,000 from the money stolen and adjourned sentence until next December.

He said he wasn’t making any promises but if Boyle paid the money he would be minded not to impose a custodial sentence.

PRINCIPAL WHO STOLE FROM SCHOOL IS AXED FROM SCHOOLBOY COACH JOB was last modified: December 13th, 2015 by John2