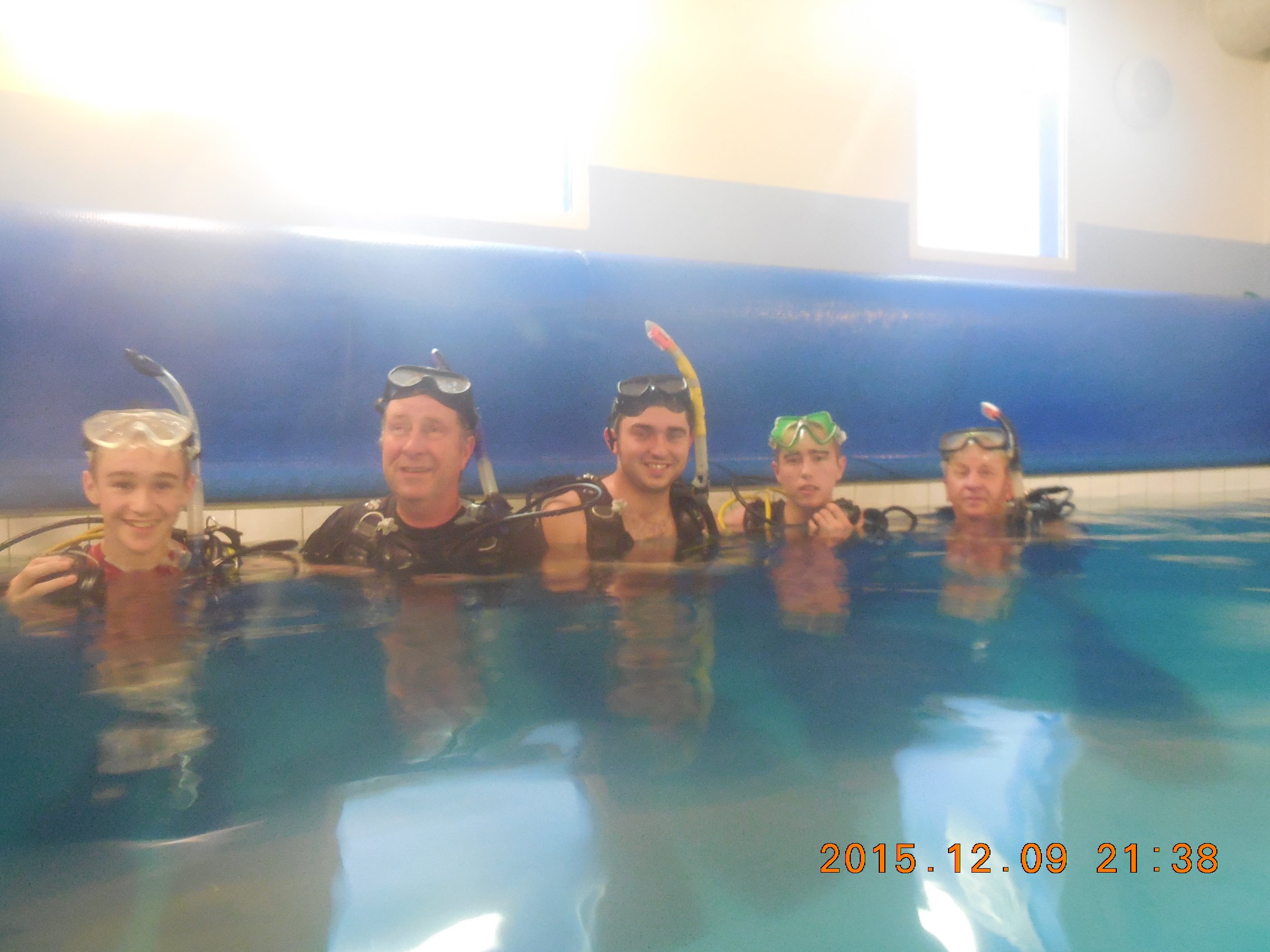 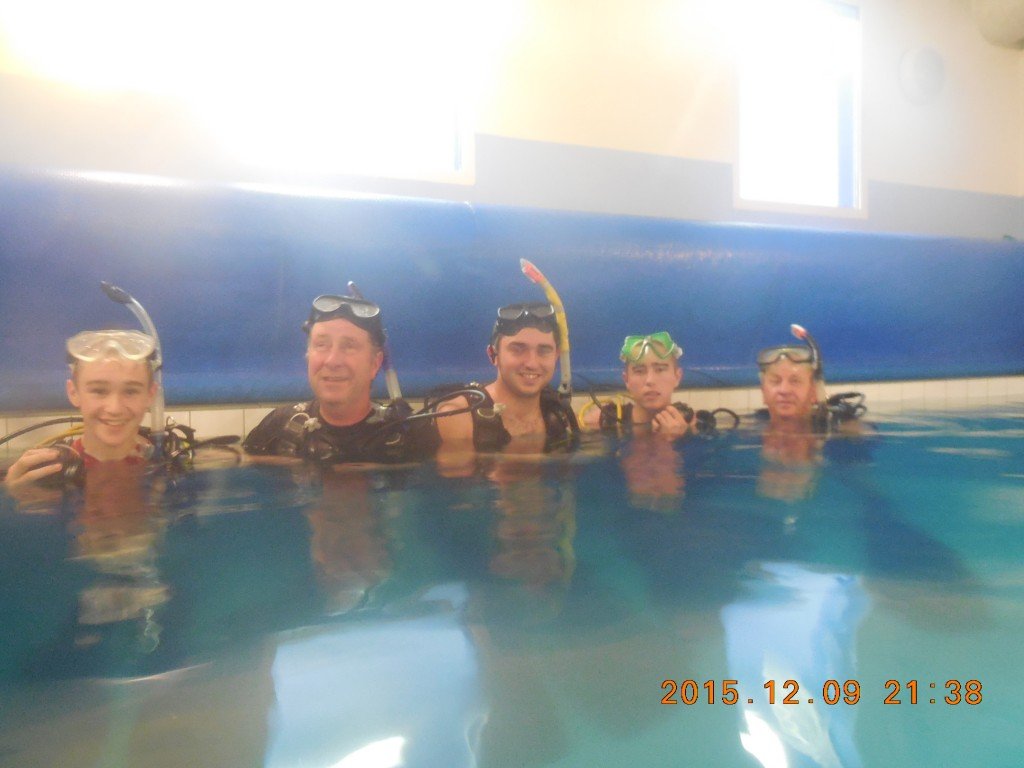 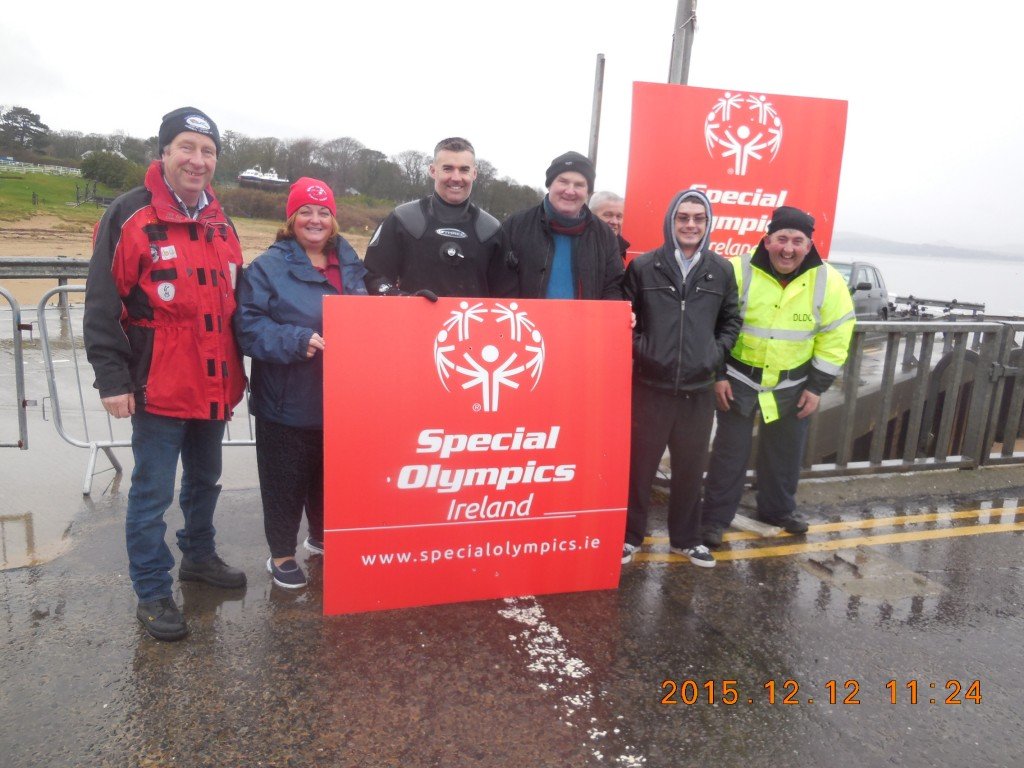 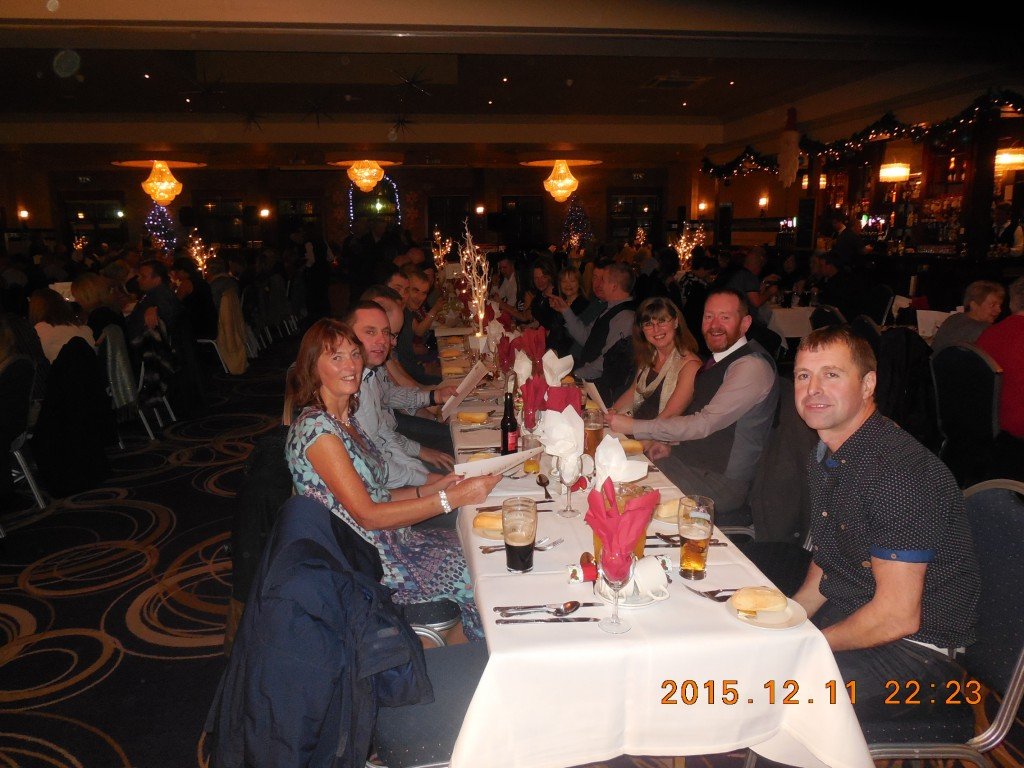 Sheephaven Sub Aqua Club had a very busy week last week with their annual Try a Dive on Wednesday, Christmas Party on Friday and providing Stand-By divers for the Polar Plunge in Rathmullan on Saturday morning.

Every year Sheephaven SAC commences its Trainee Diver programme with a free Try a Dive. This year the Try a Divers had the opportunity to experience scuba diving in the warm and sheltered 3 metre dive pool at the Mevagh Dive Centre, under the expert guidance of the club instructors.

As always it was great fun not just for the Try a Divers but also for the club members who turned out to lend a hand. For anyone who wants to join the 2016 Sheephaven Trainee Class or indeed lapsed divers looking to return to the sport please contact Anne Boyle on 087 6997679.

The Sheephaven Christmas Party was held in the Silver Tassie, where the club members enjoyed the very best of food, drink and entertainment.

It was a super night out, thanks to Caroline Mc Gee and the clubs Entertainment Committee, which went on well into the wee hours and for those who stayed overnight the evening was a resounding success followed by a big breakfast the next morning.

The Polar Plungers jumped off a pontoon into water 3 metres deep and a temperature of under 8 degrees Celsius. Early on Saturday morning the pontoon was put in place alongside the pier by Sheephaven club member and Rathmullan man Dave Mc Gloin, especially for the Plungers to jump off and swim ashore.

Considering the depth and temperature it was essential that the Stand-By divers were present to lend a hand in case the shock of it all became too much to any of the 100 who participated on the day.

The event was run to aid the Donegal Special Olympics, who were represented on the day by Mick Quinlivan and his son Patrick, himself a Special Olympian. In addition to Sheephaven divers other agencies who also lent hand on Saturday morning included the Lough Swilly RNLI in the most modern lifeboat in service today in the form of the €2.4m Shannon class Derek Bullivant.

Also in attendance was the Army who provided a small village of tents in a blink of the eye and the caterers who had piping hot soup for the frozen swimmers after their Polar Plunge. The Gardai jumped on mass, following the Ju Jutsu team and with a County Councillor to close out the event.

Inevitably a morning like this was a chance to meet up with old friends to swop stories and Saturday morning was no exception, it was a great morning out for a very special occasion, well done to all involved.

Finally Shephaven SAC wishes to express it sincerest condolences to the family of club member Timmy Boyle on the sad passing of his father Paddy. At Paddy’s funeral the congregation were told that he lived a full life and in addition to being a craftsman was a community leader, a legacy that he has clearly left his extended family. Ar dheis Dé go raibh a anam