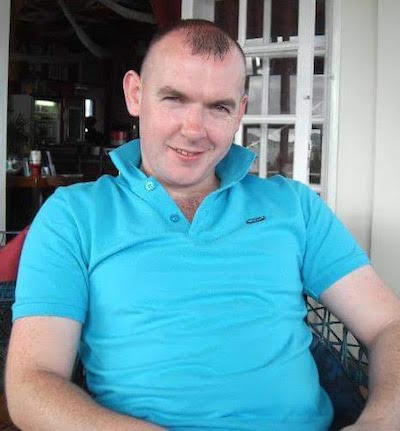 Tributes are being paid to the young Donegal truck-driver killed in a tragic crash in Co Monaghan this morning.

Declan Holian, 30, was killed when his truck was in collision with another truck between Carrickmacross and Castleblaney around 6am.

Declan, who is from a well-known and highly-respected family from Barrack, Ramelton (Ballyare), was due to marry fiancee Lorraine McGarvey in March.

Declan’s mother and father, Issac and Philomela, as well as his four brothers and five sisters are being comforted by family and friends.

His cousin, chairman of Donegal County Council, Cllr Ciaran Brogan, said Declan will always be remembered as a young man who was always smiling and who simply loved trucks from a young age.

“He was always smiling. That’s the way people will remember Declan. He was such a good lad.

“He loved trucks from a young age and he was always talking about trucks and he died as he drove a truck.

“Our thoughts and prayers are with Issac and Philomena and his brothers and sisters as well, of course, as with Lorraine. It’s a very difficult time for everyone,” he said.

Two of Declan’s sisters, Philomena and Donna, are currently making their way back from Australia where they live having been told the devastating news.

Declan had worked for local company Sean Hegarty and Sons for a numbers of years and was making a delivery to Dublin when the tragedy occurred.

Cllr Brogan paid tribute to the local trucking community who have come together to support Declan’s heartbroken family at this trying time.

“The entire community including the trucking community have been so good and it really has hit them hard. They all know each other and are decent people and are supporting the Holian family and trying to cope as best they can,” he added.

Details of Declan’s funeral arrangements will be released in the coming days.